For the love of old Florida 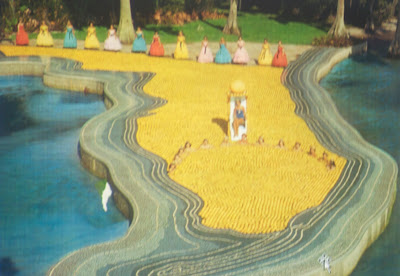 Last weekend I traveled to St. Pete with author Joy Dickinson to attend the Floridiana Festival. This year's show was held in the St. Pete Garden Club, a smaller venue from the previous Floridiana Festival I attended at the historic Gulfport Casino. It was a tight squeeze to fit everybody in the small building, but that added a sense of excitement and I was thrilled to see this many people into all things vintage Florida.
In addition to looking for ephemera for my Fountain of Youth project, I was there to meet author Lu Vickers, whose latest book Cypress Gardens, America's Tropical Wonderland was the basis for an article I laid out for the History Center's Reflections journal. I had friended Lu on Facebook and it is apparent we both share a love for Florida's vintage attractions. 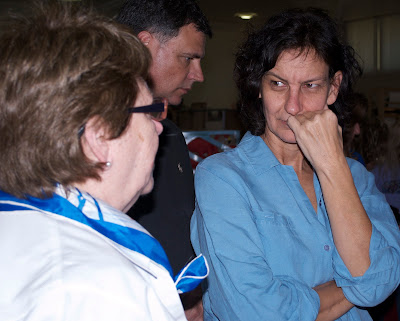 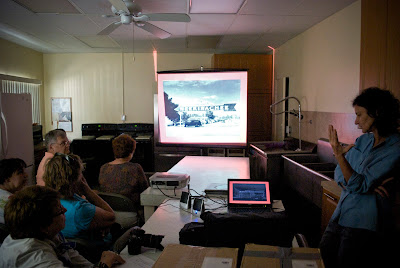 Lu Vickers sees herself as primarily a fiction writer with a love of old Florida attractions
Lu gave two talks, one on Cypress Gardens, one on Weeki Wachee, subject of another of her great books published by the University Press of Florida. Lacking a lecture hall, we squeezed into the Garden Club's kitchen for the presentations. The Cypress Gardens talk focused on how Dick Pope grew from a swampy patch of land on a remote Winter Haven lake into one of the country's most popular tourist destinations. Taking advantage of WPA funds to drain the marsh-like land, Pope had to return funds to the government when it became apparent that Cypress Gardens would be a made-for-profit operation, and not a public park. The famous water ski shows started as aquaplane demonstrations for G.I.s and grew into a a world-wide phenomena. And Dick Pope was instrumental in making water skiing into a popular sport across the globe. 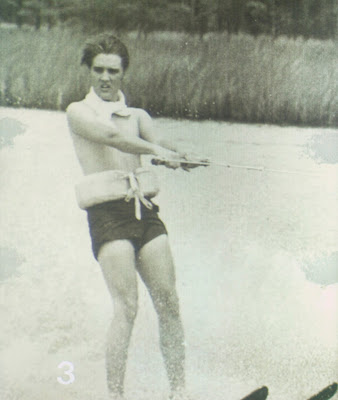 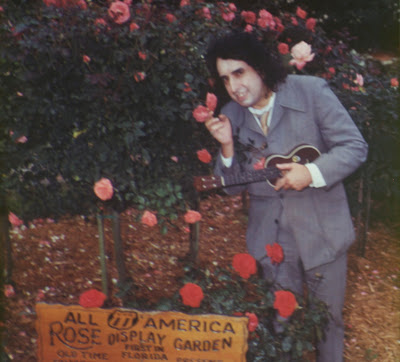 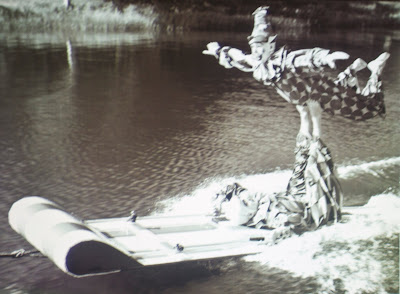 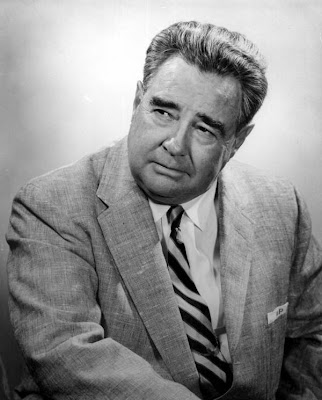 Dick Pope from the State Archives of Florida
Lu had two guests for the Weeki Wachee talk – former mermaids Dianne and Bonnie. Dianne was a high school age synchronized swimmer when she performed at the very first underwater show ever held for the public at the legendary spring. Bonnie was among the later generation of mermaids who swam with mermaid tails and used rubber hoses to replenish their air supply. The Weeki Wachee version of Dick Pope was underwater innovator Newt Perry who developed underwater performance first at Silver Springs, and then at Wakulla Springs before establishing Weeki Wachee as a legendary attraction. Lu showed amazing images of the underwater performers and the two mermaids provided first hand accounts about what it is like to dance forty feet under the water. It was a huge thrill for a Florida freak like me, and meeting Lu and hearing her presentations alone were worth the drive from Orlando. 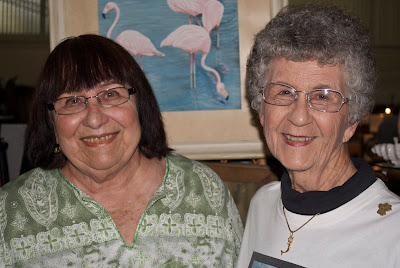 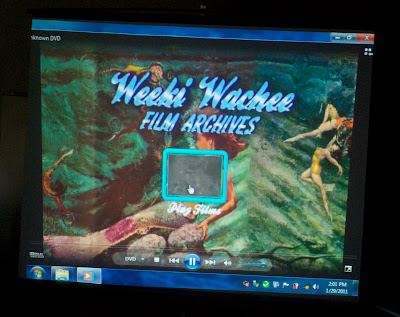 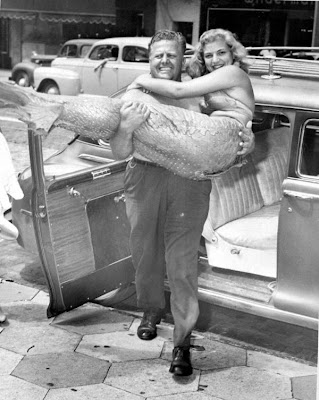 Newt Perry carrying a mermaid in Tampa
from the State Archives of Florida
In addition to Lu, authors Florida ephemera authors Larry Roberts and Ken Breslauer were on hand selling items from their collections. I connected with Larry who owns a great antique store in Micanopy and whose wife is a fantastic bird photographer. And I returned twice to Breslauer's table to buy vintage Florida travel brochures.
Around the perimeter of the space original Highwaymen artists like James Gibson and Maryanne Carroll displayed their artwork. While feel I have been over exposed to the proliferation of Highwaymen art, I greatly respect the fact that the show had real Highwaymen in attendance. It was fun to see people buying paintings and getting photographs made of their paintings and the artists together.
For me it was a successful show because I found some fine examples of vintage Florida ephemera while communing with those who share the same passion for old Florida that I do. And if you are interested in the roots of Florida tourism I highly recommend Lu's books on Cypress Gardens and Weeki Wachee. 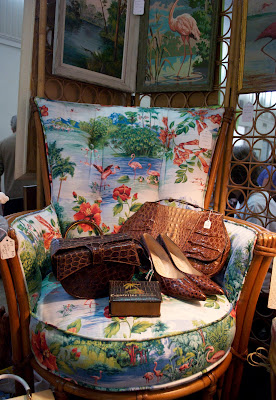 All things flamingo and alligator were on hand throughout the show 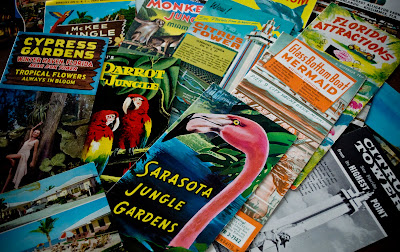 Vintage scores from Ken Breslauer's collection
Posted by Rick Kilby at 7:14 AM