A couple of Florida Legends 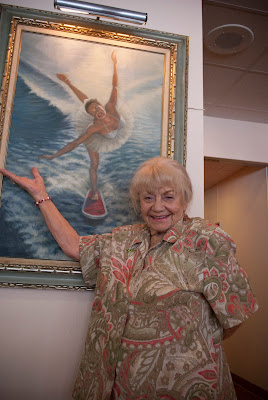 When I was a kid growing up in Gainesville, many of my weekends were spent at our family's place on the St. Johns River in tiny Welaka, Florida. On Fridays my dad would come home from work and we'd load up the car and stop for dinner somewhere in Putnam County. One of the places we stopped was Holiday House in East Palatka.

Fast forward to adult life – living in the College Park section of Orlando – one of my favorite Old Florida haunts became the Holiday House Restaurant next to the Ben White Raceway. Seemingly untouched by time, they served food that my grandmother would love, buffet-style, and they had the best desserts anywhere. When the city announced plans to tear down the Holiday House, I wrote letters to the mayor and the newspaper in protest, to no avail. 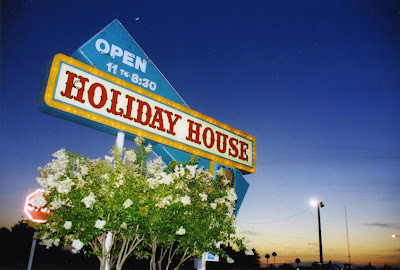 The sign for the former Ben White Raceway Holiday House

So last year when I heard they were closing the original location in DeLand, I was saddened that a Central Florida institution might go the way of the Dodo. But after six months in limbo, the Holiday House re-emerged on Hwy. 17, further from the Stetson Campus and closer to DeLeon Springs. Jonesing for a slice of monster cake, Mrs. Ephemera made a pilgrimage to DeLand last weekend to fill our bellies. 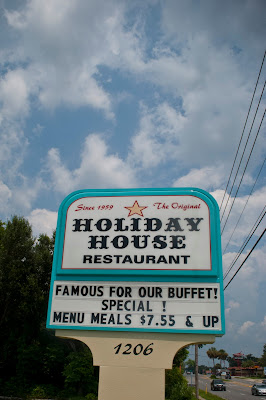 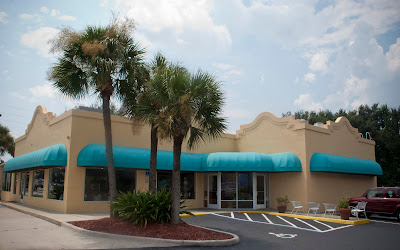 The new location is a modern building filled with gorgeous artwork created by the owner Willa McGuire Cook. Mrs. Cook is a legend in her own right - she was recruited by Dick Pope Sr. to move to Winter Haven to star in his water ski show at Cypress Gardens. And Mrs. Cook isn't just any skier- she is a three time World Champion, an eight time National Champion and she is credited with creating many of the water ski moves that competitors use today. She was the first person to ever successfully jump off a water ski ramp backwards and she was Esther Williams' ski double in the movie Easy to Love. And the award given to the most outstanding female water skier of the year is named in her honor. 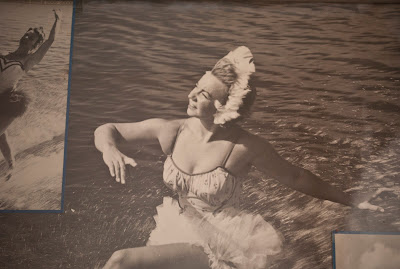 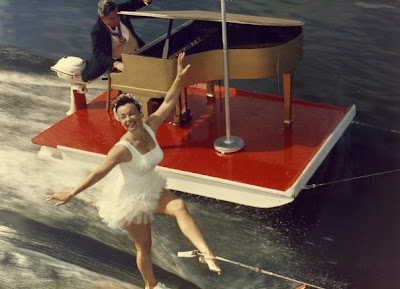 So in addition to feasting on creamy, delicious mac and cheese and a gigantic slab of salmon, I feed my appetite for Floridiana when I had the opportunity to met Mrs. Cook at her restaurant. She explained to us how she had been lured from Oregon by Mr. Pope and how she was part of the Cypress Gardens ski shows for a decade. A prolific cook since her teen age years, it was her dream to open a restaurant and she opened the first Holiday House in an old house in DeLand in 1959. At one time the Holiday House chain had 17 venues, but Cook and her husband sold the chain. The last one still open is the DeLand location and it is owned and operated by her and her son. 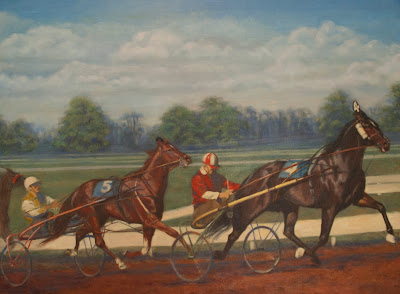 Willa Cook's harness racing painting inspired from the Ben White Raceway - she told us she tried riding the horses once but got a face full of flying mud from the horse's hooves. 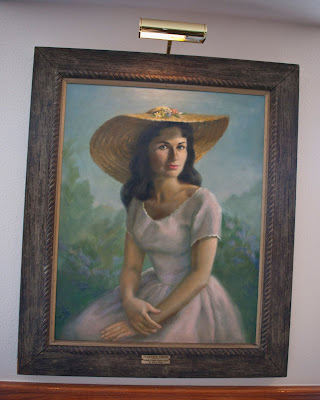 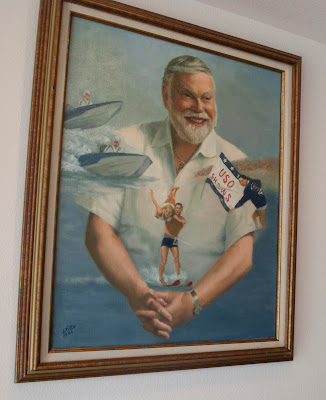 Her artwork decorated many of the Holiday House locations including the one at the Ben White Raceway in Orlando, a spot Mrs. Cook called "one of her favorites." In addition to adding ambiance to the restaurant, her portraits hang in the Water Ski Hall of Fame in Polk County. I was very impressed with her artistic talents and amazed at the fact that at 82 years old, Mrs. Cook seemed as vital and lively as someone half her age. In fact the waitress shared with us that many of the vegetables served in the restaurant were grown in Mrs. Cook's garden.

Ironically, after stuffing myself at the buffet, I didn't have room for dessert, the "goal" of this particular quest. But the opportunity to meet a Florida legend in person was more satisfying than any cake, pie or cobbler. 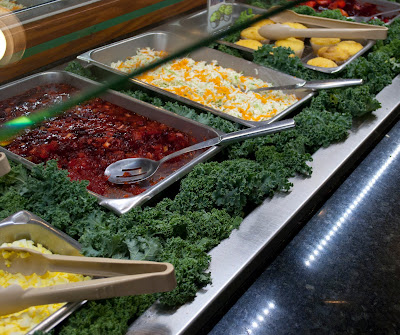 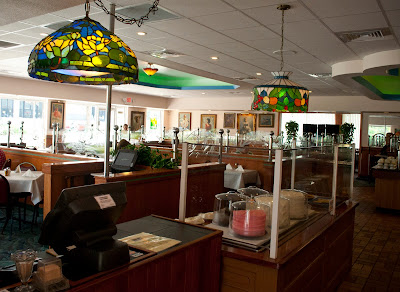 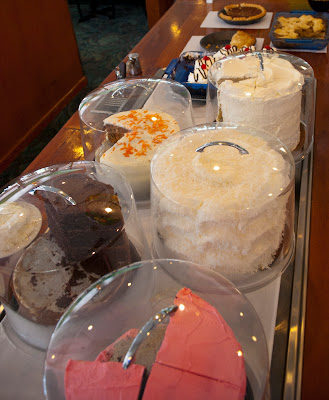 Although all the comfort style food is outstanding in the buffet,
I am huge fan of Holiday House's desserts 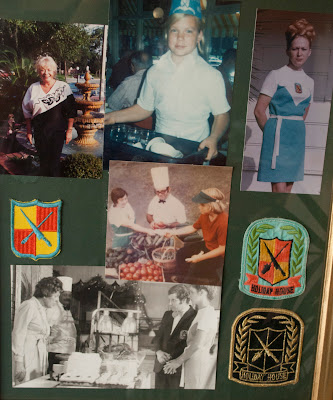 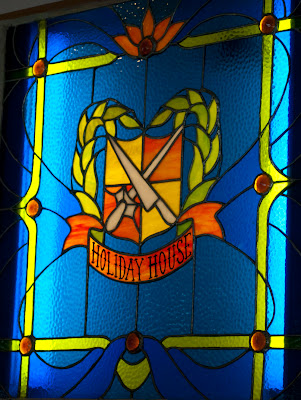