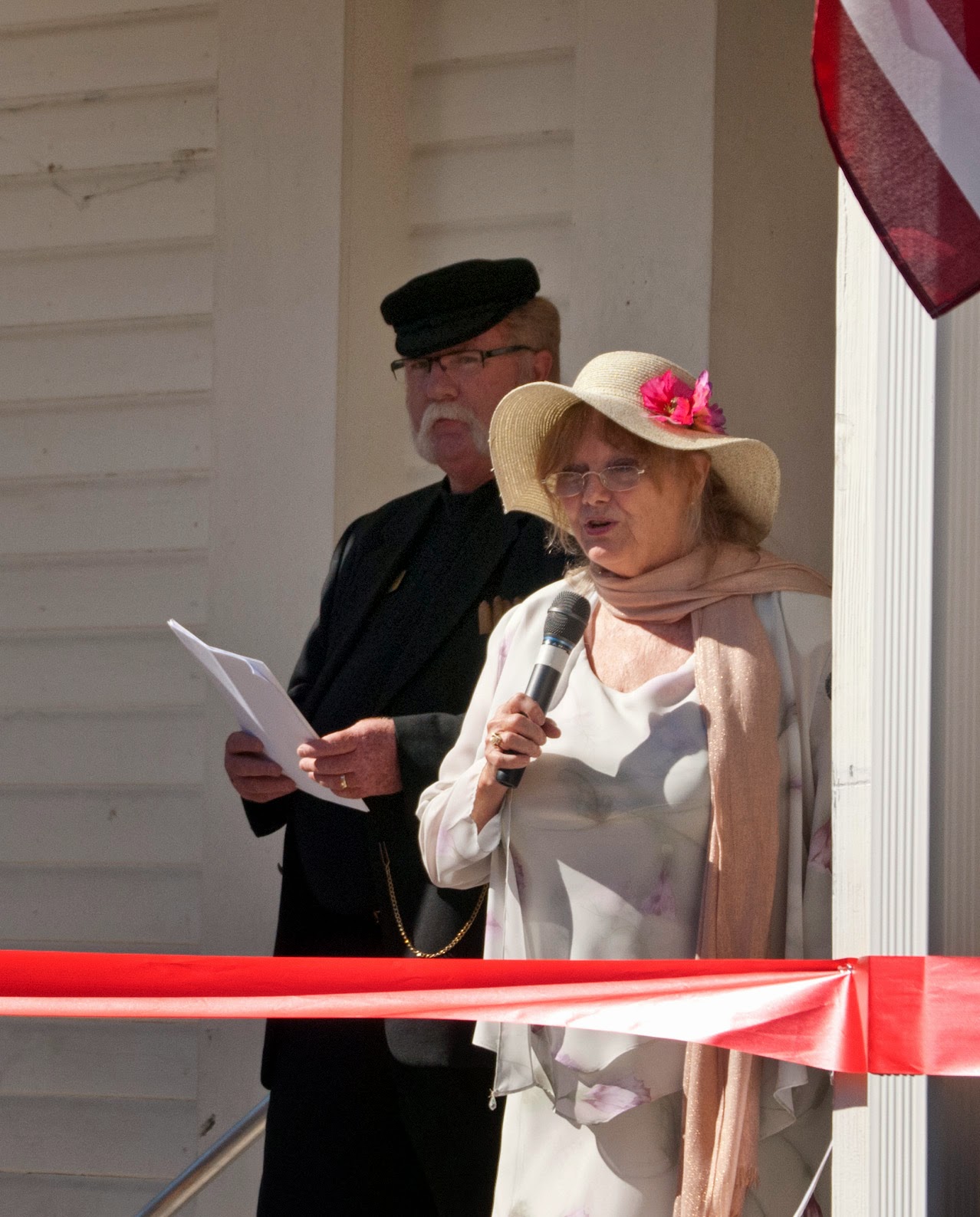 It was March of the year 2000 and the quickly expanding city of Deltona was considering annexing the tiny town of Enterprise into their city limits. Deltona was a relatively recent invention, founded by the Mackie Brothers as a retirement community called Deltona Lakes in 1962. By the end of the 20th century it had eclipsed Daytona as the most populous city in Volusia County. Concerned citizens of historically rich Enterprise gathered and the result of that meeting was the creation of the Enterprise Preservation Society. Their first act was to survey residents and they learned that folks living in Enterprise had a strong desire to keep the town's history alive. In 2006 Volusia County approved a "historic overlay which designates Enterprise as a historic village" according to wikipedia.

The area was originally settled by indigenous people thousands of years ago, evidence of which was found in large shell middens deposited in the area. An image of the "Enterprise Mound" was reproduced in a 1875 book by Jeffries Wyman. During the Seminole Wars of the 1800s, a defensive encampment known as Ft. Kingsbury was erected in Enterprise to protect the area from attacking Seminoles. Even though large plantations existed up and down the St. Johns River since the 1700s, a group of settlers led by Cornelius Taylor homesteaded in the area in the 1840s, establishing the foundation for the future town. Taylor built one of the earliest hotels for guests to take the waters near Green Springs on the north bank of Lake Monroe.

In 1856, steamboat captain Jacob Brock built a 100-room wooden hotel in Enterprise, known as the Brock House. Nearby sulphur springs were offered as an amenity for visitors for those seeking to take the waters for health purposes. The hotel was later renamed the Benson Springs Inn.

In 2004 the Enterprise Preservation Society took possession of a 1930s schoolhouse from Volusia County and moved it 500 feet down the road. They have painstakingly restored the two-story building, filling it with displays highlighting Enterprises fascinating history. The grand opening of the Enterprise Heritage Center and Museum this past weekend was marked with speeches, re-enactors, bluegrass, and barbecue. Everyone seemed jovial on this warm autumn day, with good reason. A small group of individuals came together to pull of the Herculean task of moving and restoring a building, preserving a community's history, and keeping their town from being assimilated into one of the fastest growing cities in the state. That's an accomplishment worthy of a celebration!


The Enterprise Heritage Center and Museum is now open
Tuesday and Friday 11 am to 3 pm; Saturday 9 am to 1 pm.
Posted by Rick Kilby at 7:17 AM