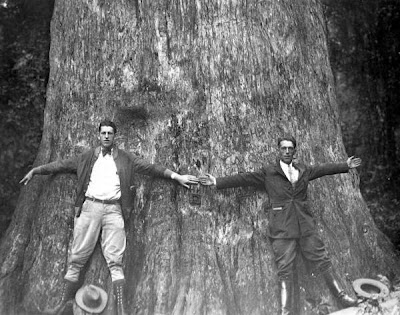 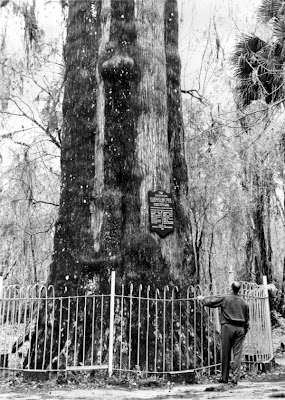 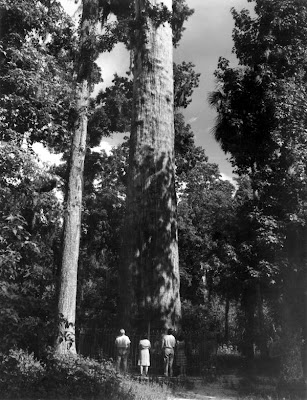 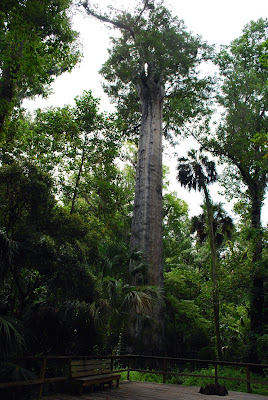 Last Thanksgiving we stayed at a HoJo's in St. Augustine with a huge Live Oak in the courtyard nicknamed the Senator. The sight-seeing Trolley Tours would drive through the parking lot on the way to the Fountain of Youth and always tell the same joke about the 400 year old tree: "Know why it's called the Senator? Because it's shady and it's crooked."

Seminole County's Senator is neither shady or crooked and it's about 3,000 years older than St. Augustine's Live Oak. The Senator is a Cypress Tree in the appropriately named Big Tree Park in Longwood. The park was dedicated by President Calvin Coolidge and was for a long time believed to be the largest Cypress tree in the US. I've seen Sequoias and Redwoods in California, but this behemoth is easily the largest tree I've seen on this side of the country. Here's a little data:
• The tree originally was 165 feet high but a hurricane in 1925 knocked the top off and it is now only 118 feet tall.
• A landmark to Florida's native Americans, the tree drew visitors in the late 1800s despite being in the middle of a swamp.
• The WPA built a walkway to The Senator during the New Deal.
• The tree is estimated to be around 3,500 years old meaning it sprouted in the age of the pharohs in ancient Egypt.
• There were originally 4 large cypress trees together but only 2 have survived. The Senator's companion tree, known as Lady Liberty, is a mere 2,000 years old. 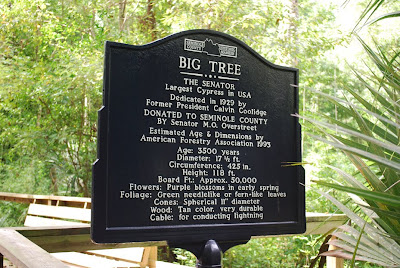 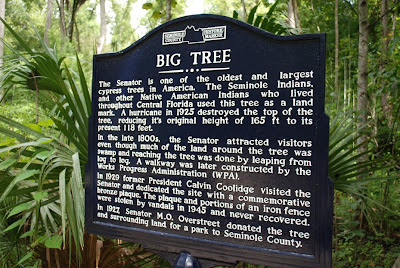 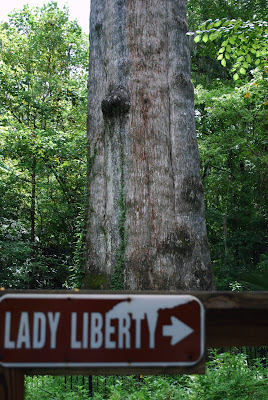 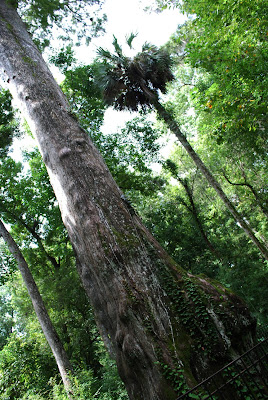 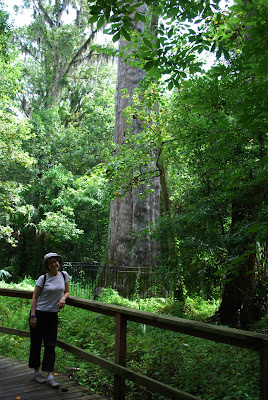 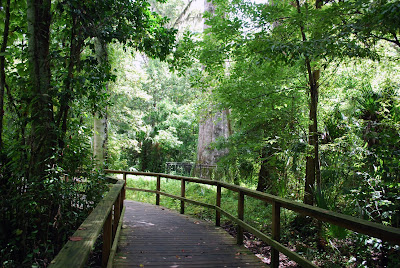 Boardwalks lead through the swamp to The Senator
I've been yearning to visit Florida's oldest attraction for some time and sadly was there when lighting conditions were at their worst for photography. But in reality the tree is so large there is no good way to show its size in a 2-dimensional photograph. Just a short drive from Orlando, there is no admission charge to see the big tree and it is well worth the trip. There is a paved trail just outside the park and a bridge over US 17-92 for pedestrians and cyclists. On my return visit I'm bringing my bike! 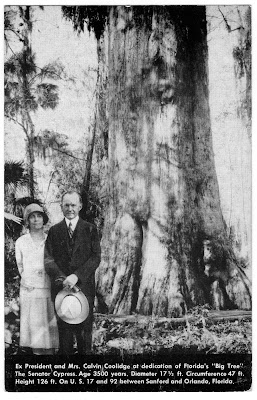 Archival images from State Archives of Florida
Posted by Rick Kilby at 7:12 PM