Lake Eola property to be preserved

This mornings paper had wonderful news, that a deal is in the works to preserve land adjacent to Lake Eola in Orlando that was threatened with development. The 1.3 acres parcel currently has 5 historic homes sitting on it that were built between 1915 and 1930. One of the homes that was threatened with demolition had the parcel been developed, was owned by John Mott, winner of the Nobel Peace Prize in 1946. This brief bio is from the minutes of the city's Historic Preservation committee meeting in 2008:

"Mr. Mott won a Nobel Peace Prize in 1946, served as General Secretary of the International Committee of the YMCA, was President of the YMCA’s World Committee and, during World War I when the YMCA offered its services to President Wilson, Mott became General Secretary of the National War Work Council and received the Distinguished Service Medal for his work. He kept up his work for the YMCA and helped to conduct relief work for prisoners of war in various countries. He had been offered the Ambassadorship to China under President Wilson, but declined that offer and did serve as a member of the Mexican Commission and as a member of the Special Diplomatic Mission to Russia headed by Senator Elihu Root. Mr. Mott wrote 16 books, crossed the Atlantic over 100 times and the Pacific 14 times averaging 34 days on the ocean per year for 50 years and delivered thousands of speeches, chaired innumerable conferences, was honored with decorations from China, Czechoslovakia, Finland, France, Greece, Hungary, Italy, Japan, Jerusalem, Poland, Portugal, Siam, Sweden, and the United States. A record of Mr. Mott’s life and work was preserved for posterity with every note, report and letter classified and filed by Mr. Mott’s secretaries and were donated by the family to the Yale University Library where they occupy 230 archival boxes and 95 linear feet of shelf space."

These minutes were from a meeting where concerned neighbors came out in force to say "This Place Matters." Hooray! 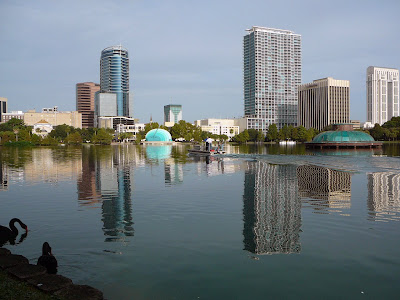 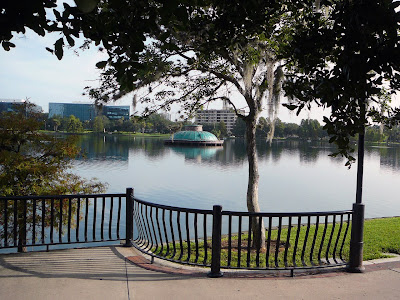 View looking north; behind the commercial structure is the historic
Eola Heights neighborhood featuring some of Orlando's best preserved historic homes. The parcel in question is southeast of the lake. 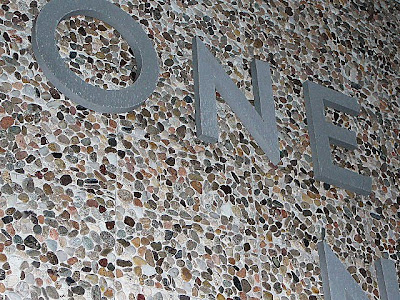 Behind this mid-century type is a building on the southwest corner
of Lake Eola also threatened with demolition, however, a new business was moving in last time I saw it, so perhaps its demise has been postponed.
Posted by Rick Kilby at 6:53 AM