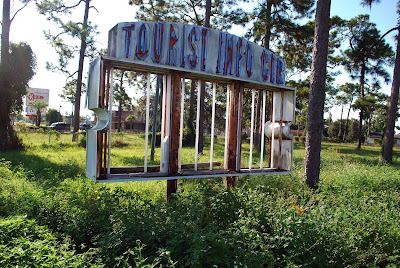 The list of roadside attractions that have lived and died in Florida is a long one; and in the current economic crisis it will be interesting to see if some of the small mom and pop attractions can survive. Cypress Gardens, whose Dick Pope, Jr. wrote the book on attraction promotion, closed last week. Also recently making the news is the story that the building formerly housing Dolly Parton's closed Orlando attraction, Dixie Stampede, is now being utilized as a flea market and home of the world's largest pizza parlor.

Yesterday I drove down 192 in Kissimmee, the road that leads right to Disney. It's not a pretty road, as it exemplifies the rapid, unplanned development that came to Central Florida as entrepreneurs tried to cash in on the boom that occurred when Disney came to town. Cheap motels, gift shops, strip malls and minor attractions like Old Town, Medieval Times, Water Mania and Arabian Nights, line both sides of the roadway. I noticed that the further one got from Disney, the more likely businesses were to be closed or to be transitioning to new ownership.

I was surprised to find remnants of one roadside attraction that was torn down 6 years ago; Xanadu Home of the Future. The strange, organic structure that used to be a roadside attraction on 192 was one of 3; the other 2 were in Gatlinburg, TN and the Wisconsin Dells. The house in Kissimmee was the work of Roy Mason, the founding member of something called the World Future Society. The 6,000 sq. ft house opened in 1983, a year after the opening of EPCOT. According to the wikipedia post, the intent of the house was to change the way people viewed houses their homes so that they saw them as more organic, intelligent spaces. The round polyurethane walls were about 6 inches thick. I remember seeing it and thinking it looked like a big blob of shaving cream next to the side of the road. There is a great account on Roadside America of what it was like to visit. 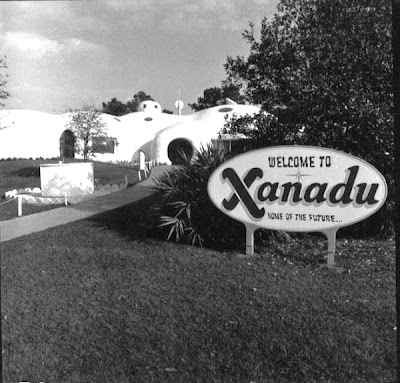 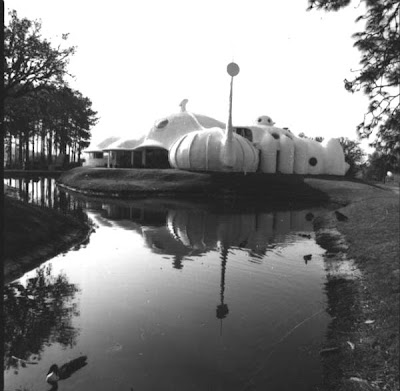 Images from the State Archives of Florida
Today the electronic sign is all that remains of the futuristic attraction. The footprint of the building is completely grown over and the Key Motel next door looks to be valiantly trying to avoid the same ending as its neighbor. Ironically enough, directly across the street from where the home of the future once stood is a brand new A&W Root Beer Drive-In, an iconic homage to the past. 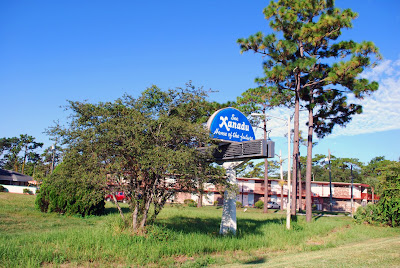 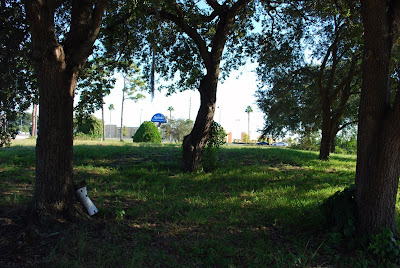 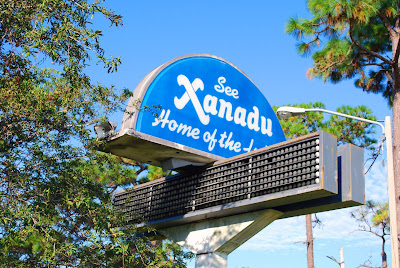