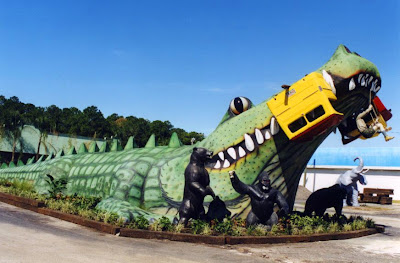 Just down the road from Xanadu sits a giant alligator in the middle of a motel parking lot, marking the site of the former roadside attraction called Jungleland Zoo. It hasn't been closed very long; it's not on the Lost Parks website, and some websites still show it open. According to Roadside America, it was originally called Alligator Safari Zoo.

As Jungleland Zoo, the attraction had a history of issues with the state for taking proper care of their animals, in fact in 1997 the attraction made headlines when one of its lions briefly escaped. It appears they closed their doors for good in 2002. So now the giant alligator, second in size only to Swampy the Giant in Christmas, Florida, sits in a pond of cement between a motel and Mexican restaurant, a giant symbol of another one of Florida's lost attractions.

The remnants of these former "tourist traps" are inspiration for me to visit the out-of-the-way, slightly cheesy attractions throughout the state. Once plentiful, they may all become history in the not too distant future, and that chapter of Florida's colorful cultural history may close forever... 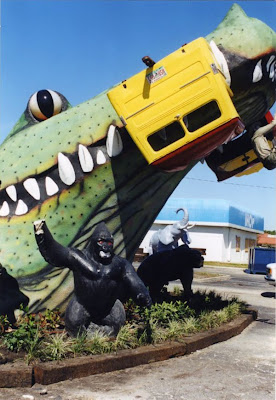 This image, taken in the pre-digital age, shows elephants and gorillas at the base of the alligator. 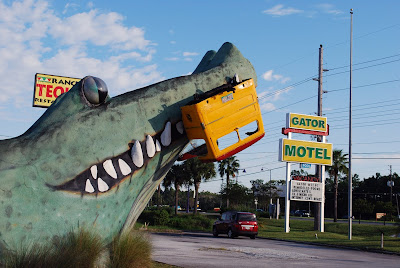 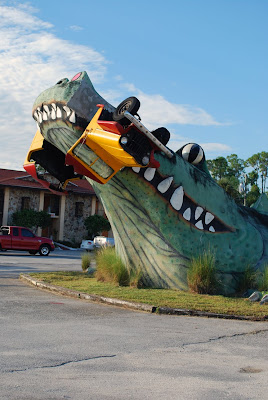 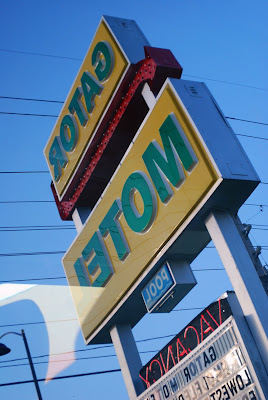 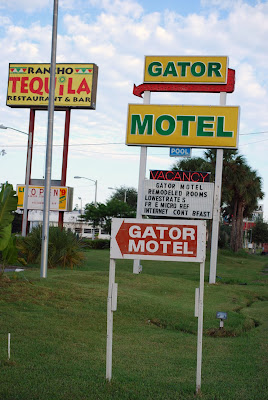 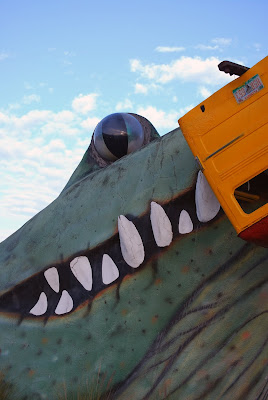 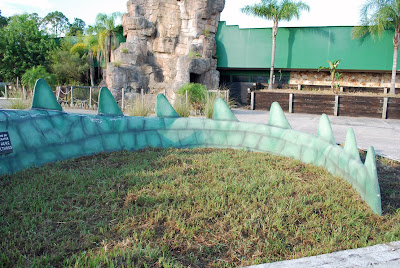 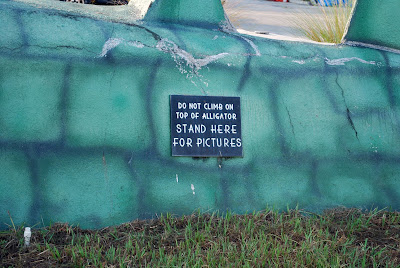 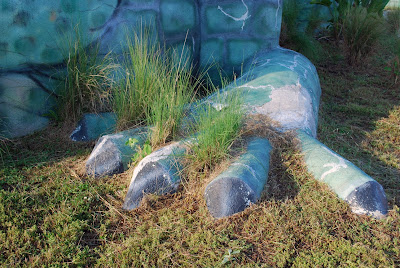 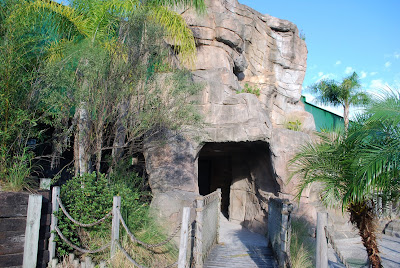 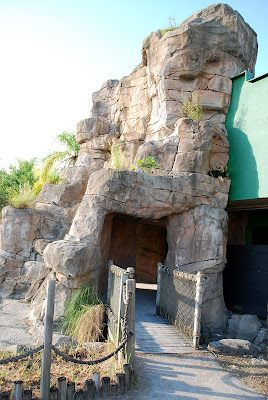 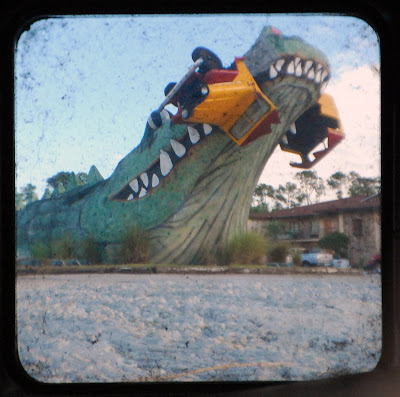 This is my TtV (Through the Viewfinder) image of the gator. It was created by shooting the image on the viewfinder of my old Argus camera.
Posted by Rick Kilby at 8:00 AM