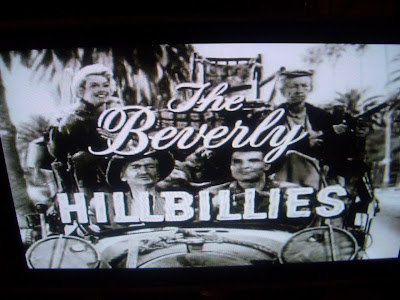 I was asked to design a logo for the Society for Commercial Archeology's upcoming conference in Arkansas, Odyssey in the Ozarks, and I asked "what kind of imagery do you want to use, hillbillies drinking moonshine?" The overwhelming response via email was a collective "NO!"

Fresh off a spring break trip to the Appalachians where I stayed in Asheville's Mountaineer Inn, which features a 40-foot high neon hillbilly complete with bare feet, corn cob pipe, and rifle, I was surprised at the conviction of my client's wishes. At the Asheville motel the hillbilly stereotype is celebrated in the motel's office and throughout the rooms; in fact the young clerk was more than happy to tell me about how he knew moonshiners who still practiced their illicit trade. 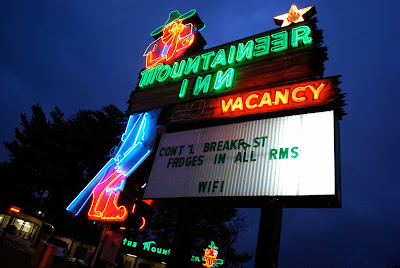 I wondered about the paradox of how the hillbilly stereotype could at the same time be offensive on one hand, yet embraced in enormous neon on the other. I realized that I had mixed feelings about the term myself, as my father's family had left the mountains of Appalachia to find work in the auto industry in Michigan, traveling the "hillbilly highway" back and forth between their mountain homes and their Detroit factory jobs. My dad, plucked from rural Rabun County, Georgia right before high school, soon found himself in Pontiac, Michigan in what must have been to him a strange new world. Eventually he found his way to Michigan State University where he met my mom, a native Michigander, and they stayed up north until I was 18 months old before relocating to Florida. Some of my father's brothers and sisters stayed in Michigan and some moved back to the mountains. As a result, I grew up knowing two families that had very different cultural backgrounds, one Midwestern, one Appalachian. 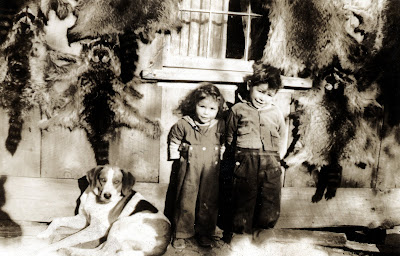 That's my dad on the right
As a kid, my dad's family in the mountains always seemed more mysterious than my Michigan relatives. They talked funny, grew their own vegetables, and went to churches that prohibited drinking. Just driving up the steep roads to their homes was an adventure for a flatlander like myself. When I was young, I saw my mountain relatives as hillbillies in the negative sense of the word; simple, primitive and unsophisticated.

The film Deliverance was filmed in my dad's hometown of Clayton, GA

As I grew older, however, I found that these folks were some of the kindest, generous and most loving people I have ever met. I see them now as hard working, industrious, warm and sincere. I guess I needed a little maturity to get over my own naive bias. And while my mother's childhood is well documented; she even has self-published a book on growing up in a small mid-western town; my father's childhood still seems mysteriously fascinating to me.
Intrigued by the paradox of the hillbilly stereotype and my own history with the term, I decided to present a paper on the subject at the aforementioned SCA conference. While preparing the paper, I have had great help from my roadside friends, even Debra Jane Selzer, the amazing creator of roadsidearchitecture.com, has been collecting images for me on her latest roadtrip. Friends on Flickr have offered to let me borrow their images. And I'm headed to visit one of my favorite authors of the roadside South, Tim Hollis, author of books like Dixie before Disney and the Land of the Smokies.
After visiting Tim's museum in Birmingham, I head to Gatlinburg and its many hillbilly-themed tourist traps. From there I'll cross the Smokies into Rabun County to see my North Georgia kin. My goal is to post updates from the road, ala Debra Jane, but that will all depend upon the quality of the wireless connection and my commitment level once I actually get out there.
My traveling partners on this road trip are my father and brother. In addition to looking for hillbilly stuff along the road, I think I'm trying to learn about my own inner hillbilly. Ride along and I'll let you know what I find... 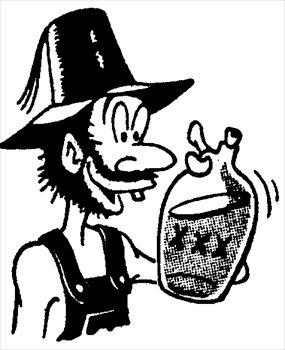