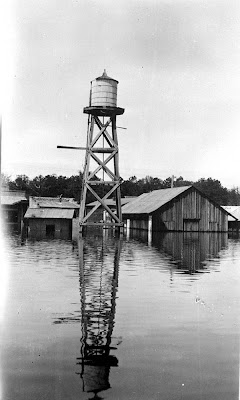 Hurricane season officially starts next month, but we have already surpassed the record rain totals for May in Central Florida by over an inch. Last year our biggest rain event was Tropical Storm Faye which flooded houses around the St. Johns River. I had to drive to the Sanford Airport shortly after the storm passed and was amazed to see just the tops of giant palm trees poking above the water as I crossed Lake Jesup. 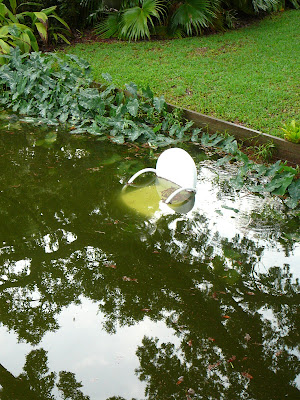 We went weeks and weeks with out any rain this Spring so I moved a lawn chair down to the beach that is created from low water. It's wonderfully private and the wading birds seem to tolerate me as I had a Tri-color Heron fished just feet away from me. I though nothing of leaving the chair by the water as it started raining on Sunday. When the rain stopped enough to snap this picture on Friday, the chair was far enough under water to make it interesting for me to find a way to remove it!

The current hurricane cycle that seemed to announce itself with the three hurricanes that pounded us in 2004, (Charlie, Gene and Francis), should make for an interesting summer should the water levels continue to rise. Historically floods are not new to Florida, but the population has never been so dense and there has never been so much property at risk before. With the state economy based on growth and tourism, a summer of flooding and storms could be devastating to the Sunshine State. 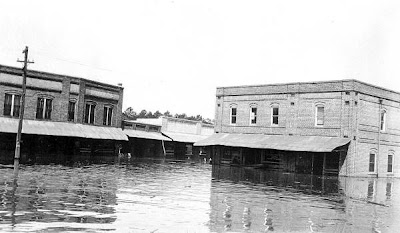 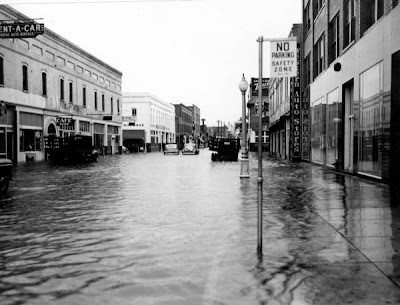 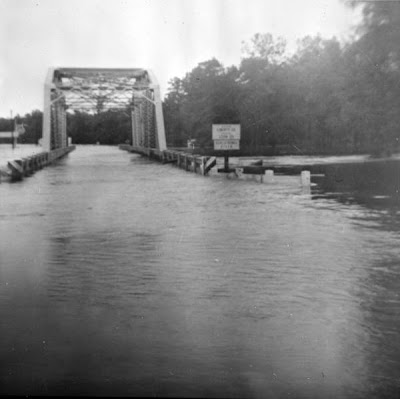 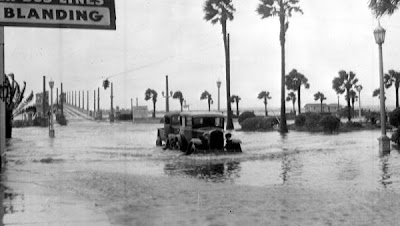 Images from the State Archives of Florida
Posted by Rick Kilby at 7:48 AM