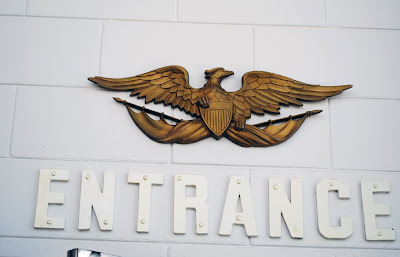 It's one thing to buy vintage ephemera on Ebay or at an antique store. But for me it's a bigger thrill to find retro artifacts in gift shop because that means the inventory has been sitting around for years. And years. And it must be so bad no one else would buy it. Such a gift shop exists at the President Hall of Fame. In addition to having ephemera from recent political campaigns (Fred Thompson for President pins, John Kerry bobblehead pins) there is a strange mix of souvenirs from Washington DC and vintage toys. But there is also stuff that has been there forever, like vintage postcards and decals. 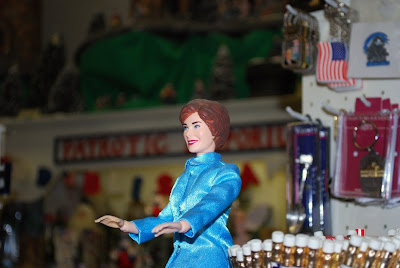 This postcard is from the "Happiest Place in the World", which is also probably the most politically correct place in the world. It dates back to time before all the rides were sanitized; the caption on back reads "After looting and plundering a captured city, fun loving pirates hold an auction... pirate style. And everything goes to the highest bidder, from five bawdy wenches to two skinny goats." 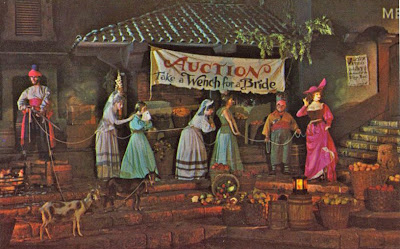 This packet of snapshots and postcard book are from Circus Hall of Fame in Sarasota, an attraction that was around from 1956 to 1980 according to Roadside Paradise. The memorabilia was relocated to Peru, Indiana. According to the author Ken Breslauer, the building was demolished in 1998 after years of dwindling attendance. 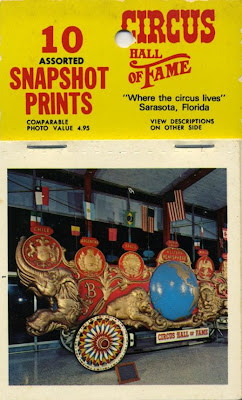 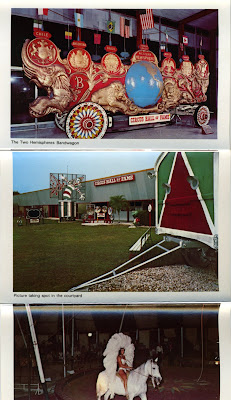