New stuff at the PHOF 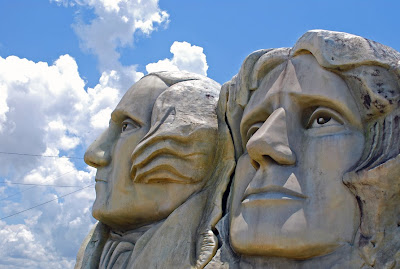 My first visit to the Presidents' Hall of Fame in Clermont was just a couple months ago so I was surprised to see a couple new displays in my recent return. With every admission you receive an annual pass, so I was eager to visit again for free. 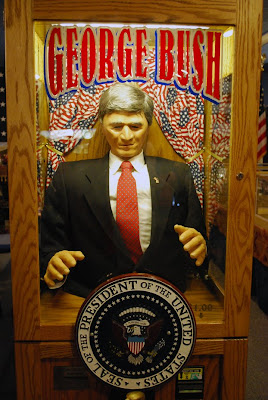 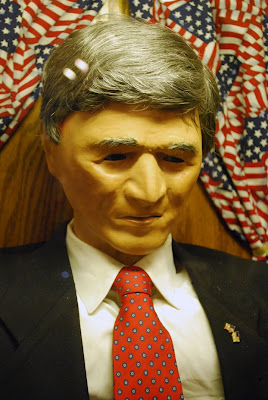 The first new addition to the collection was this "Bush in a Fortune Teller Booth" display. While the PHOF seems to be fairly bipartisan, this piece portrays a fairly creepy G.W. Bush with shifty "X-files" eyes that move from left to right. I was tempted to put a dollar in to see if a fortune would appear but refrained because I wanted all my cash for the wonderful gift shop, where they still have items that appear to be twenty years old. 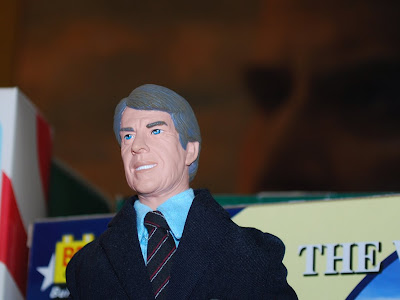 The second recent addition was the wax Obama figure. On my first trip out they only had a cardboard figure of our current president. This new Barack, by far the most realistic of all the wax figures, is the only one that moves. His head turns from left to right and back. 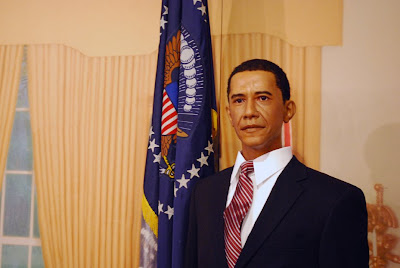 The miniature White House, which supposedly is the main feature of the attraction, is still not on display. But that means you can see the bizarre Christmas decorations year round! 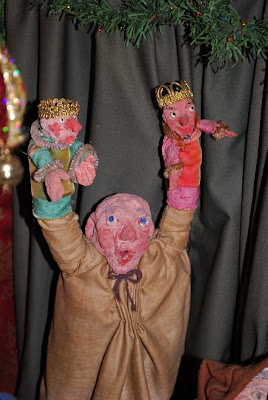 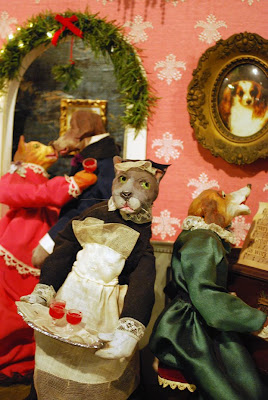