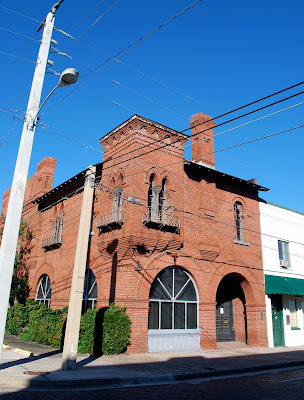 It's always exciting to me to stumble across something significant right under your nose. I've been through downtown Sanford quite bit recently, but never seen this building before. I happened to spot these uniquely shaped windows and pulled over to learn more about the building. A plaque near the door identified this as the former PICO Hotel built in 1887. PICO is an acronym for the Plant Investment Company, run by Henry B. Plant, one of the pioneering railroad barons who helped make Florida accessible by rail to Northern tourists. Plant is best known for creating the railroad that opened up the west coast of Florida, while Henry Flagler established the easy coast as a Mecca for wintering Northerners. Plant's masterpiece was the Moorish Tampa Bay Hotel, which now houses the Henry Plant Museum and the University of Tampa. 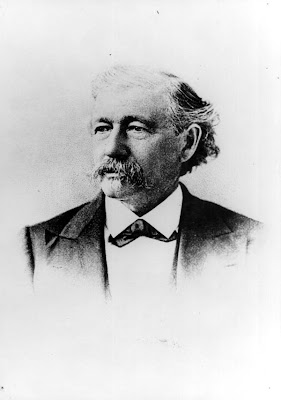 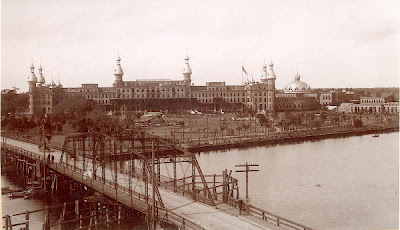 The Tampa Bay Hotel, State Archives of Florida
The Pico Hotel, described by the plaque as Turkish in style, was the Sanford's terminal hotel for Plant's railroad lines and steam ships on the St. Johns, Florida's largest river. The plaque also describes the windows as having "horsehoe or ogee arches" and a "decorative bartizan tower" that remains today without it's original onion shaped dome. A striped awning used to surround the structure, which was added to the National Register of Historic Palces in 1976. 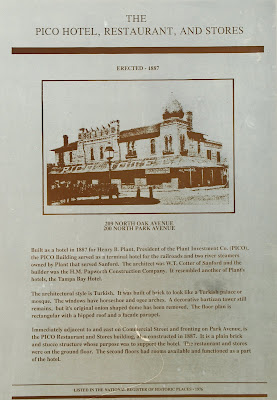 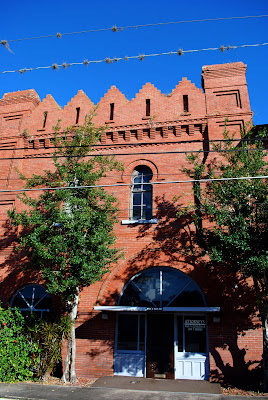 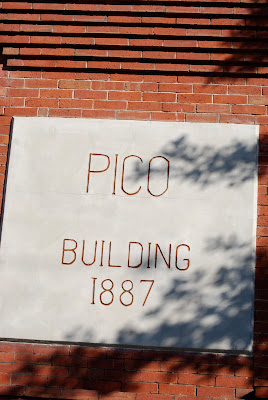 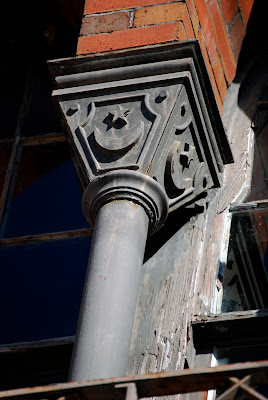 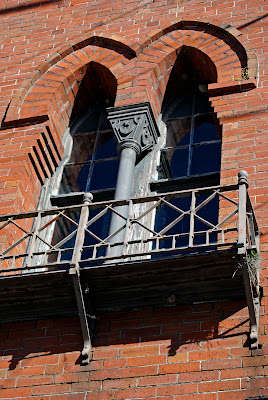 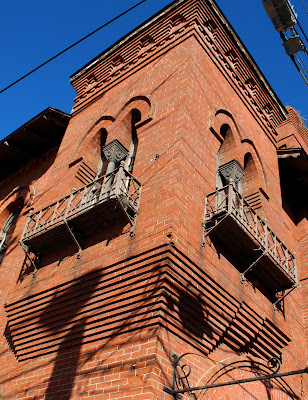