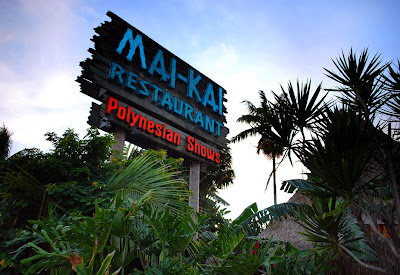 Before the recent holidays my last visit to the Mai Kai was New Years Eve 1998. Since then several hurricanes trashed South Florida and I had heard the Mai Kai, Florida's premier tiki bar/restaurant had suffered significant damage. But after much restoration I am happy to say that this homage to the South Pacific on US1 in Ft. Lauderdale is going strong, 54 years after opening.
According to the website Critiki, the Mai Kai was opened by two brothers from Chicago named Bob and Jack Thornton. I'm not able to find much more history on the place, but this site is helpful in ranking the restaurant on different categories, including a high score of 9.8 for decor and a low of 8.5 for food quality. 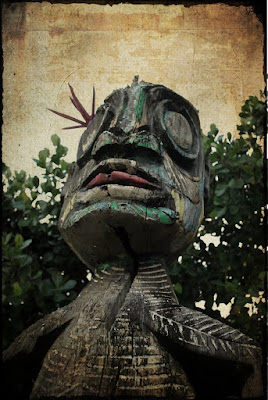 The Mai Kai's new and improved website claims the establishment "authentically recreates a Polynesian Village, complete with tiki torches, a thatch roof, and a wooden plank entrance." From the exterior the place looks much like I remembered, only there is no water flowing from the outside into the interior tiki garden or down the windows of the bar. Many of the large tikis guarding the entrance are worn, but hey it's Florida and anything wood here is always in a state of decay. 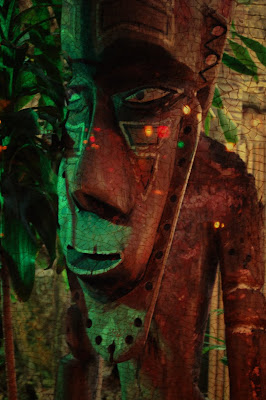 The bar is immediately to your left upon entering and the narrow L shaped space is dark and cozy with plenty of eye candy. To the right is a great gift shop, for all your tiki needs. The main showroom is a multi-level A-frame space for those wanting to see the Polynesian revue which is an extra ten or eleven bucks a person. If you haven't seen it, it's worth checking out; it's hularific. Beyond that are more dining rooms, inside and out-make sure you spend some time walking around checking out the tiki garden- it's very romantic and colorful. 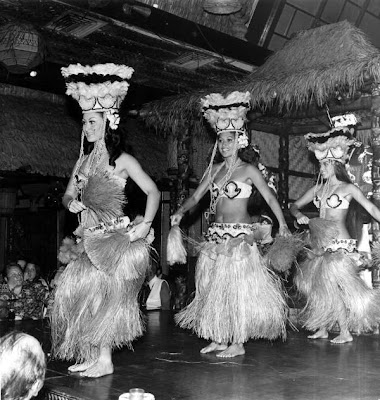 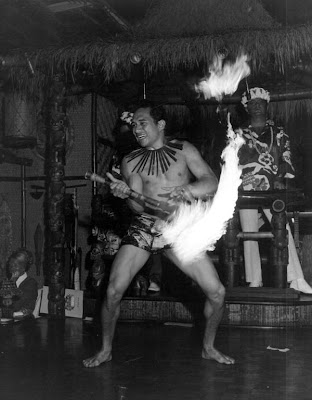 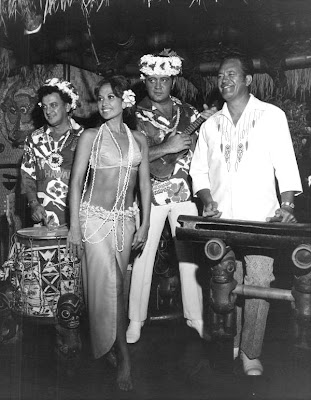 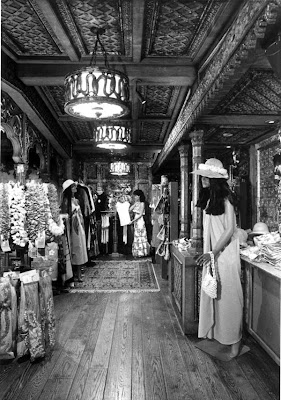 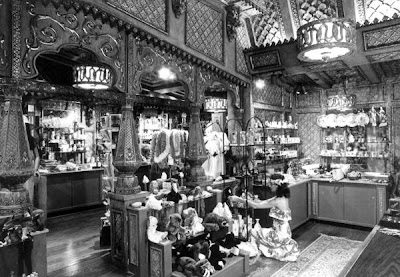 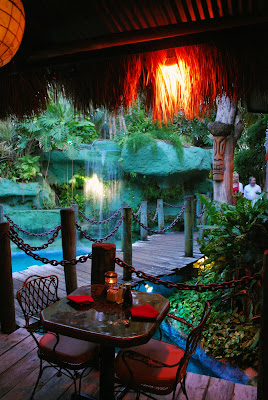 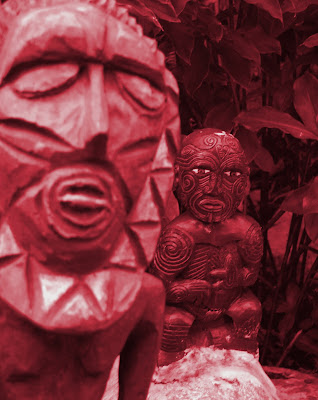 The menu has expanded beyond just Polynesian faire to include other Asian favorites. I'd recommend anything cooked in the big oven outside, like ribs or the outstanding pork tenderloin. Also while it seems dangerous with dried up palm fronds making up thatched roofs everywhere, I'd recommend getting something with fire in it whether it's the Grog (potent) or the Bananas Foster desert. 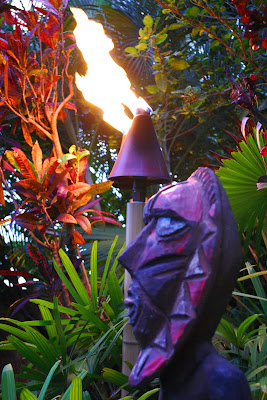 There aren't many restaurants I'd drive three and half hours to visit, but there aren't many places left like the Mai Kai. If you're into experiences that have remained mostly unchanged for the last fifty years, you won't be disappointed if you visit the Mai Kai. 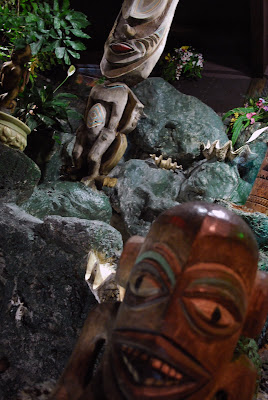 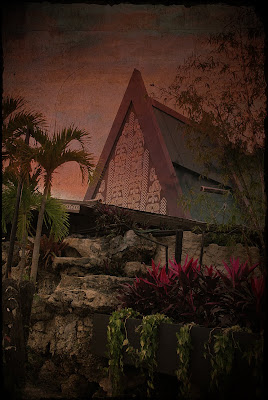 Black and white images from the State Archives of Florida
Posted by Rick Kilby at 7:27 AM