The Ruins of the Bulow Sugar Mill 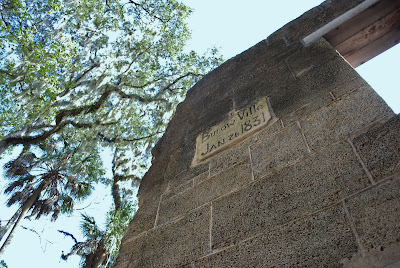 To get to the ruins of the Bulow Sugar Mill, one has to drive north on Old Kings Road which is marked with newly created housing subdivisions, to Plantation Road, which is a narrow, one lane dirt road through dense forest. The contrast couldn't be any more jarring, it's like the dirt road takes you out of the present into Florida's past. 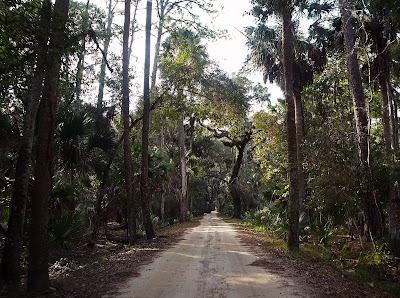 At the end of the dirt road lies the foundation of the Plantation house built by Major Charles Bulow in the 1820s. The house, which hosted the likes of naturalist John James Audubon, was burned to the ground by Indians in 1836 during the Second Seminole War. 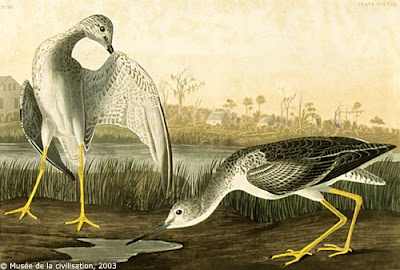 It is speculated that Audubon painted this image of Greater Yellowlegs while staying at the Bulow Plantation, and the cabins in the background were slave cabins located on the plantation
The site of the former sugar mill is about a half mile down the road and I was immediately struck by the size and scope of what was once the "largest and wealthiest" plantation in East Florida. Created of Coquina rock, the structures of the mill were used in the production of molasses and raw sugar from sugar cane. The plantation itself was a self sufficient community, producing cotton, indigo and rice as well.

The story of the rise and fall of "Bulowville" and the plantation are well documented with artifacts and narrative in a display to one side of the ruins. It is fascinating to me that this remote, rugged artifact once was a thriving community that had to be evacuated because of war and then was completely destroyed by the Indians. It gave me a better understanding of the conflict, 174 years ago, that shaped the state that I live in now. 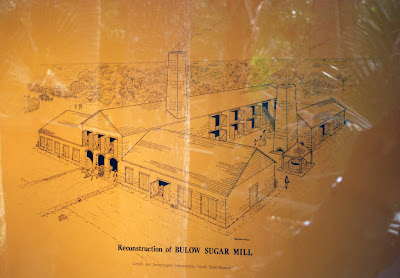 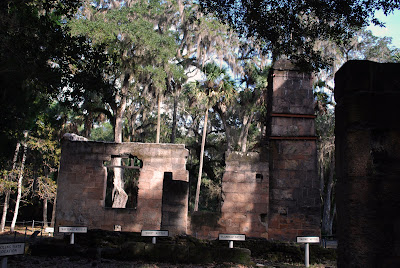 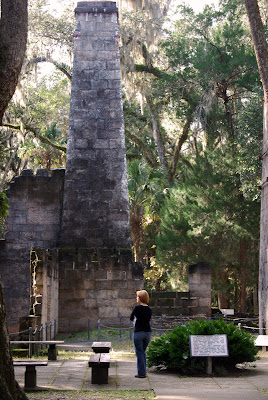 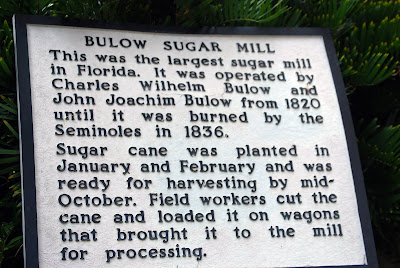 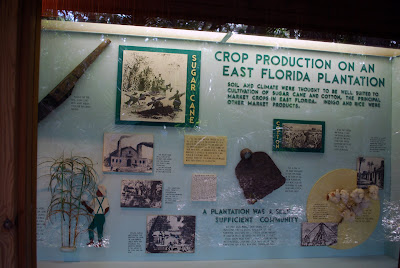