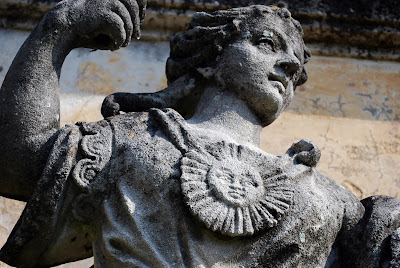 I couldn't wait to revisit Vizcaya. I had been there years ago, during a trip to the Coconut Grove Art Show, but it was overcast and gloomy. This was a sunny, crisp December day and I was excited to show my family James Deering's over-the-top European inspired estate. Deering, who merged his Deering Harvester Company with McCormick Reaper Company to form International Harvester, the largest producer of agricultural machinery in the country, built the property in 1916 on 180 acres of what is now primo South Florida property. Designed to look like a 400-year old Italian estate, the spectacular home is surrounded by extensive formal gardens which I found to be a joy to photograph. Upon our arrival, all five of my family members separated, as each went their own way to explore. My brother, a professional photographer, and I were in our element, as our camera lenses devoured the stone sculpture and amazing architecture. 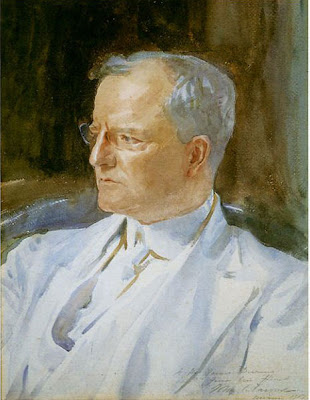 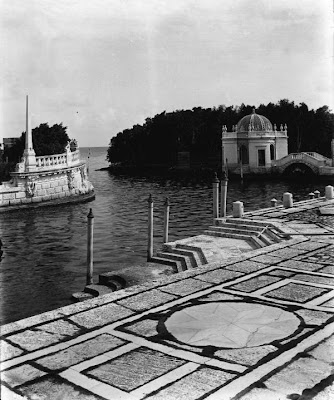 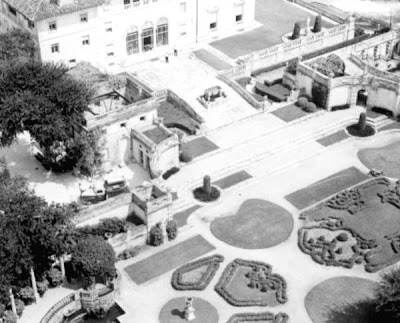 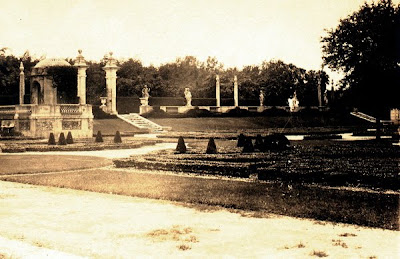 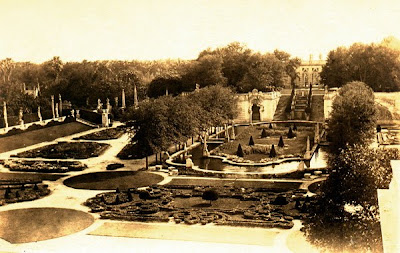 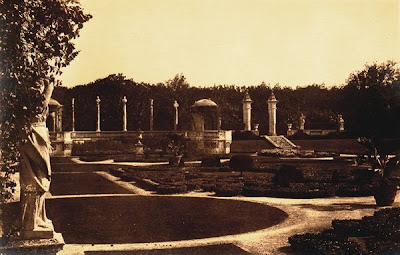 State Archives of Florida
The National Trust for Historic Preservation had Vizcaya on the list of endangered historic sites in the US in 2008. Developers had proposed building high rise towers within a hair's breadth of the manicured grounds; but for now Vizcaya's tranquility appears intact. However, the salt air tends to eat away at the European sculpture, and the effects of time and tide year after year must be pronounced. The famous stone barge, located between the house and the bay, is actually a breakwater, and I imagine it has had to be restored a number of times, especially after the recent hurricanes of the last decade. But there was restoration under way in several areas, and the parts that are open appeared to me to be in good shape. 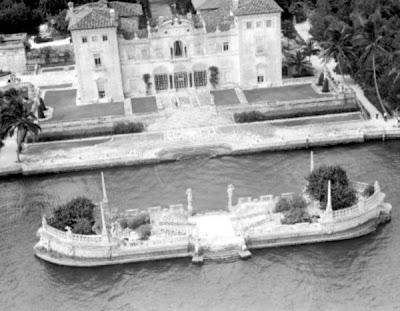 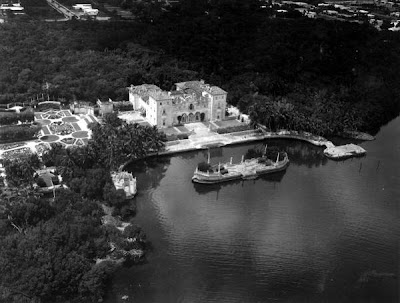 State Archives of Florida
While the outside is a dream for photography, there is no photography allowed in the interior. There is a guided tour worth taking, that allows you access to nearly every room of the palatial mansion. The rooms are very opulently decorated; I would have to say Vizcaya and Ringlings' mansion in Sarasota are the two private homes I've visited in Florida that most remind me of European palaces, at a much smaller scale. As the new elite of the United States in the early 20th century flouted their wealth, they turned back to old world examples of art and architecture to emulate in their new world mini-palaces. One website I came across said that the Mediterranean Revival architecture seen throughout Coral Gables can trace its origins to Vizcaya. If that is the case, James Deering left an enduring legacy beyond his stately home. 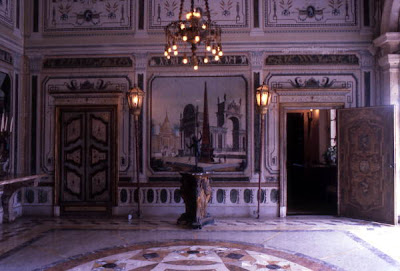 Some more interesting facts about Villa Vizcaya:
• Vizcaya is named after a Basque Provence in Spain
• According to wikipedia, Vizcaya is referred to as the Hearst Castle of the East
• 1,000 workers were involved in construction of Vizcaya; at the the time the entire population of Miami was only 10,000
• The house and grounds were severely damaged by hurricanes in 1926 and 1935

Today Vizcaya Museum & Gardens is owned by Miami Dade County and is open 364 days a year. I suggest a visit anytime you're in South Florida. Bring a camera! 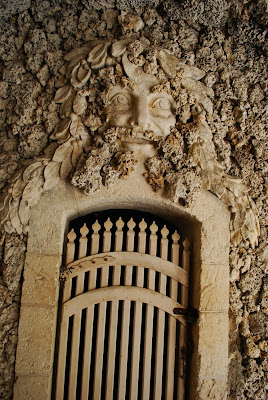 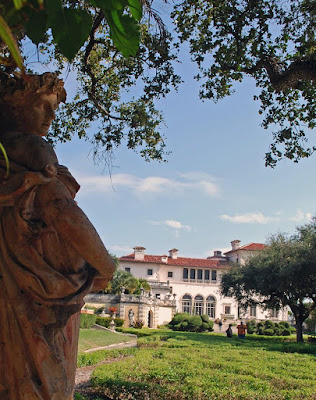 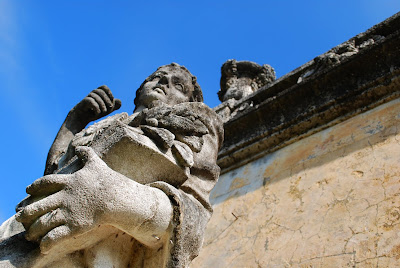 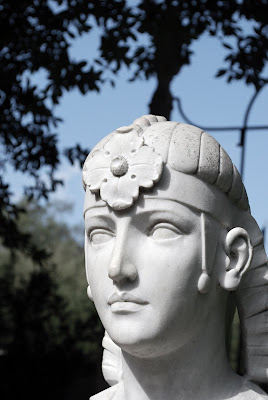 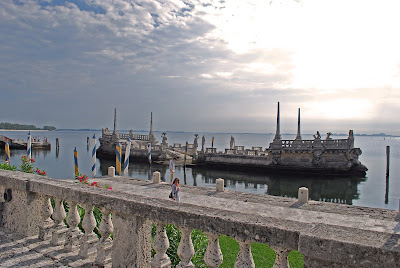 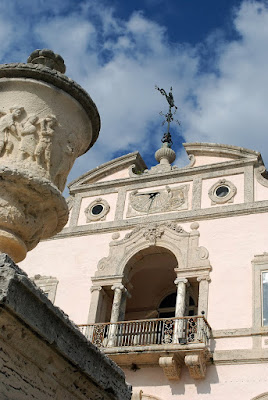 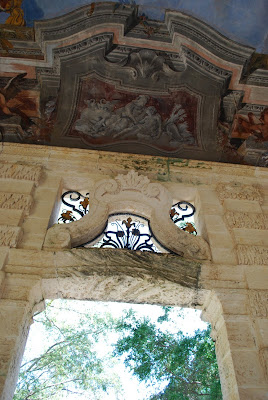 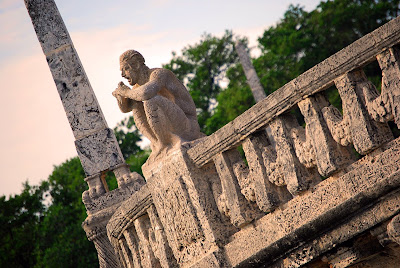 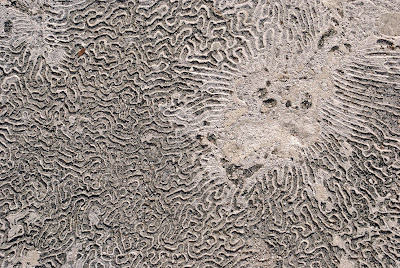 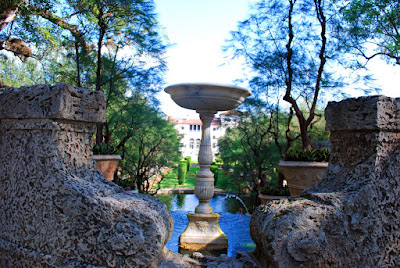 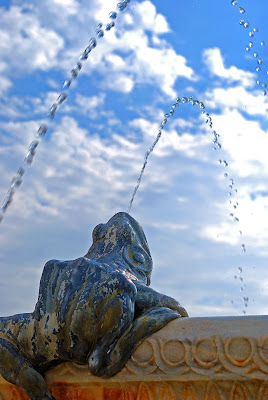 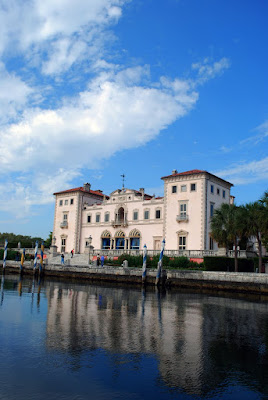