Alligator Capital of the World 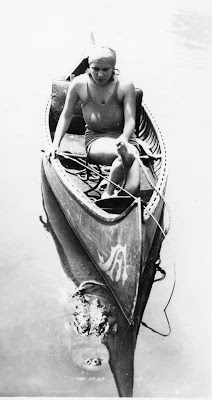 Florida has a long, interesting relationship with the alligator. These prehistoric looking creatures, seem docile and slow but actually possess incredible strength and quickness. It is easy to find numerous historical images of people wrestling, feeding and riding these massive reptiles, however, well into the early twentieth century. In fact, Orlando's signature historical image, reproduced in bronze in front of the History Center, shows gator wrestler Bunk Baxter sitting atop a crocodile in downtown Orlando. 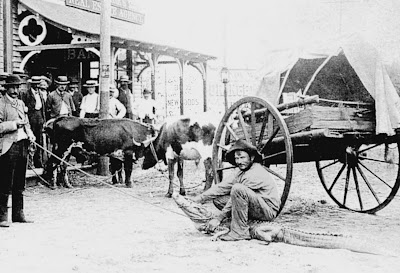 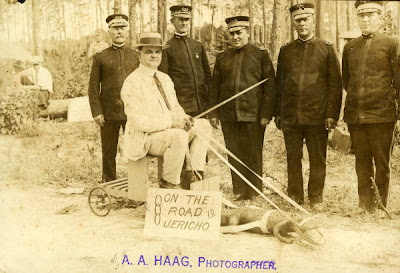 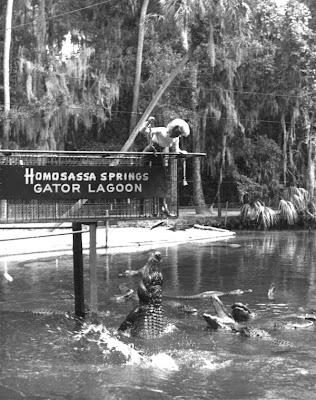 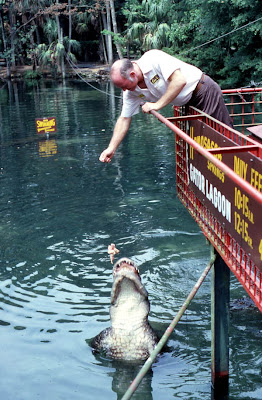 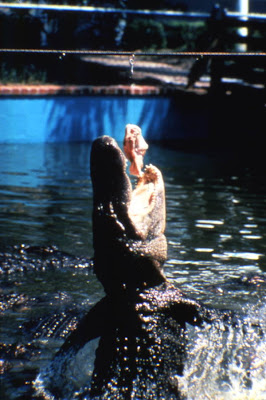 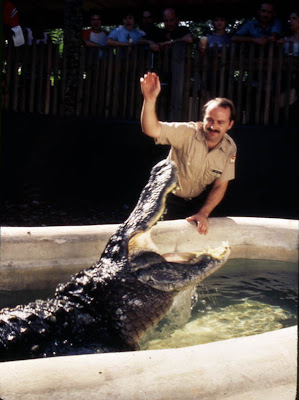 State Archives of Florida
The first to wrestle alligators were the Seminole Indians and early attractions sprung up in South Florida where gators and indians provided entertainment to northern tourists at places like Musa Isle and Tropical Hobbyland. A narrative by a contemporary alligator wrestler explains: "When we are alligator wrestling we are demonstrating what is really just a traditional barehanded technique for catching alligators as the Native Americans here in the glades have done for centuries. The Native Americans of Florida would catch alligators to feed their people. We catch them for the same reason, to make money to feed our families. Alligator wrestling is very dangerous and if a wrestler makes a mistake it could be disastrous, resulting in the loss of valuable body parts. I have seen a lot of people I know bitten by alligators." 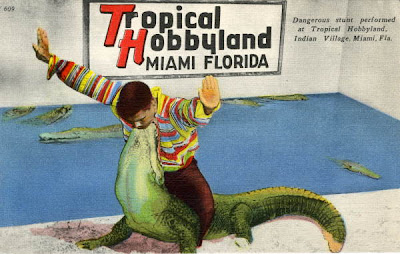 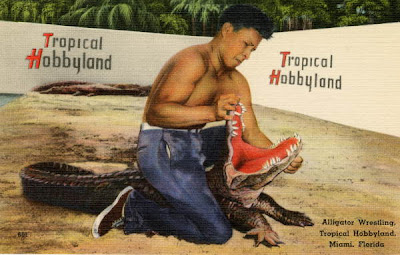 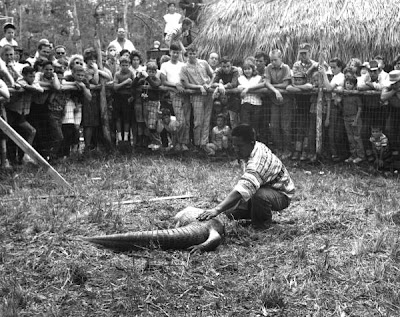 State Archives of Florida
And so it was on a previous visit to Gatorland when I just missed one of the gator wrestlers being bit on the head during the show. My out-of-town visitors, who I left at the park to go back to work, got to witness the spectacle and fortunately the wounds to the Gatorland employee were not serious.
Gatorland opened in 1949 as the Florida Wildlife Institute according to an article in Reflections from Central Florida. Owen Godwin's family opened the park on US 441 to capitalize on the post WWII tourist boom as vacationing Americans took to the road in record numbers. The Godwin family still runs the park, a "110-acre theme park and wildlife preserve, combining "Old Florida" charm with exciting, new exhibits and entertainment." The park carries on the Florida traditions of hand-feeding alligators and gator "wrestlin'" but the only gators you can sit on today are made of fiberglass. 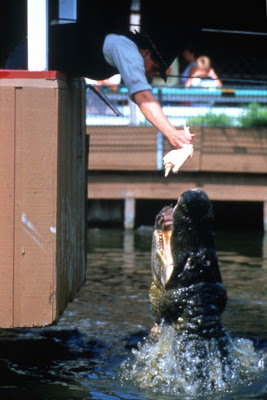 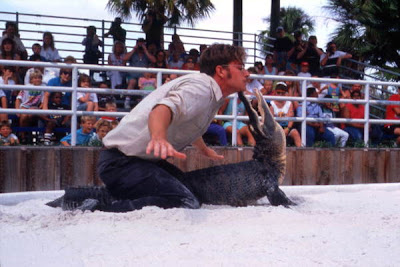 State Archives of Florida
The Breeding Marsh, where the rookery is located, is towards the back of the attraction. Towards the front lies "Gator Lake" and "Alligator Island" as well as assorted man-made ponds where one can witness gators of all shapes and sizes, in some places they stack themselves 4 deep. Guests can feed the critters in these ponds, which include brave turtles, so wading birds hang out in hope of a free lunch. This affords another opportunity for great photography. 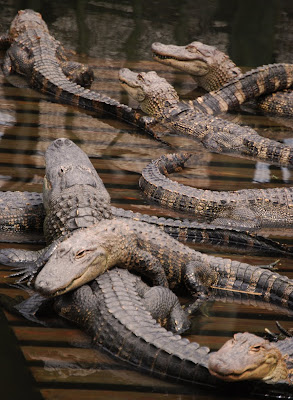 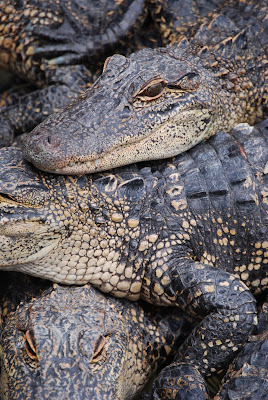 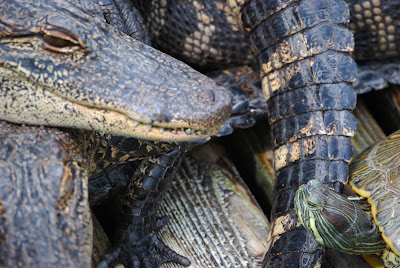 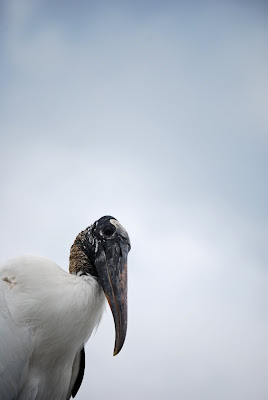 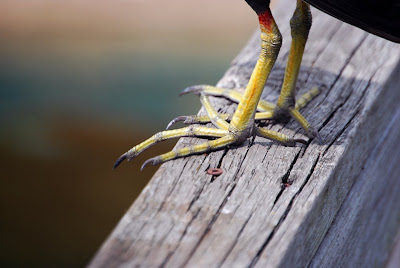 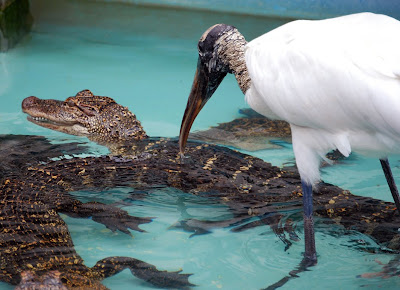 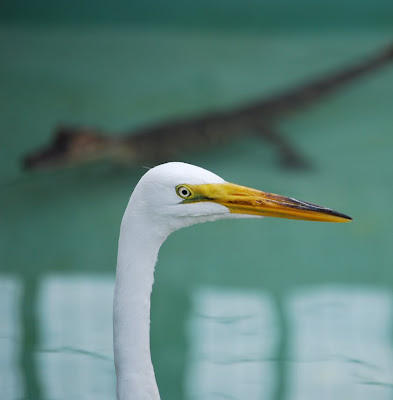