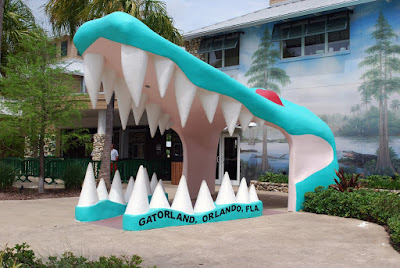 I had not been back to Gatorland since they had suffered a fire in their gift shop that threatened the famous gator jaws entrance. An icon of Florida tourism, the enormous mouth used to lead you directly into the gift shop; now they've moved the door off to the side and the wall behind it has a nice Florida mural on it. I believe the entire building was replaced and I was happy to see the jaws were largely unchanged. 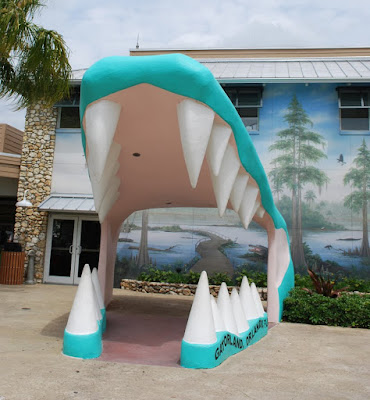 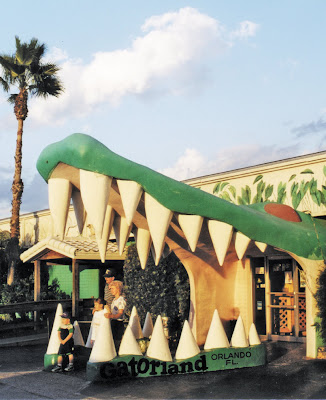 Former location of the jaws, photographed in the pre-digital era. 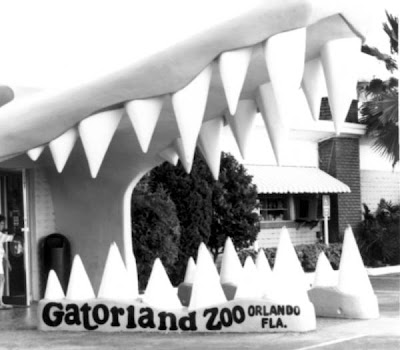 Even earlier location of jaws from the State Archives of Florida 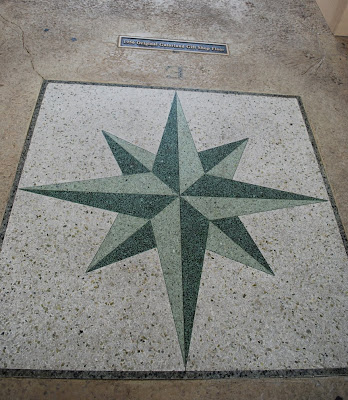 A remnant of the terrazzo floor from the 1950s gift shop
The gift shop itself has the usual tourist trinkets you see in most souvenir stores around Florida: t-shirts, postcards, orange wine, alligator heads, etc. I was after bigger game myself, the coveted Mold-A-Rama plastic souvenirs from inside the park. 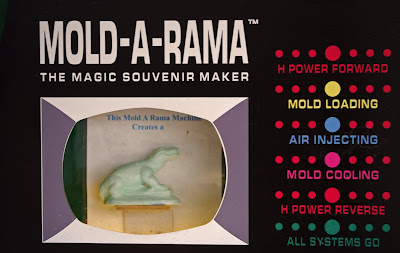 They have 2 machines inside, one creates an image of a white alligator currently on display from the New Orleans Zoo. The other is an olive green likeness of a gator wrestler. I remember Mold-A-Rama machines from when I was a kid, (I was never allowed to get one of the coveted, warm toys), and the smell of the melted plastic brings back strong memories of going to attractions from KSC to Marineland with my family in the '60s and '70s. 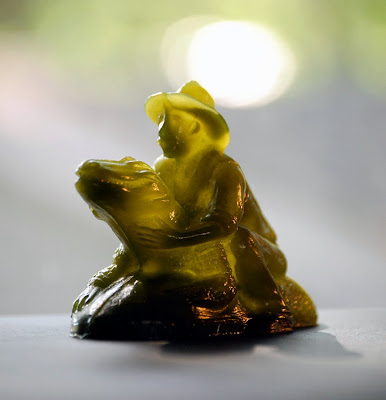 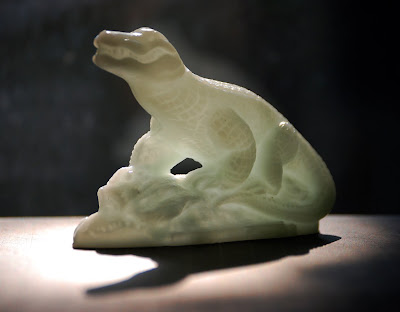 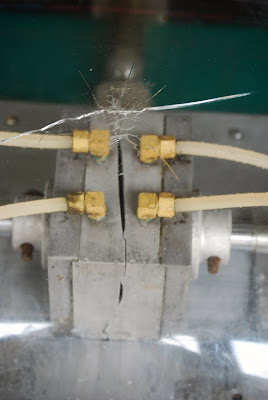 My souvenir is being made inside the mold
According to an article in the St. Pete Times, Mold-A-Rama machines were invented in the '50s but a new machine hasn't been manufactured in over 40 years. And not surprisingly the Sunshine State is the Mold-A-Rama capital with more machines than any other state. Other Florida sites where one can purchase a Mold-A-Rama treasures include the Lowery Park Zoo and Busch Gardens.

I realized that I now have 3 little statuettes made from Polyethylene pellets, (the 3rd is on display at the History Center as part of their tourism exhibit), and I am now officially a Mold-A-Rama collector. Watch out Ebay!