The Fantastic Facades of Kress 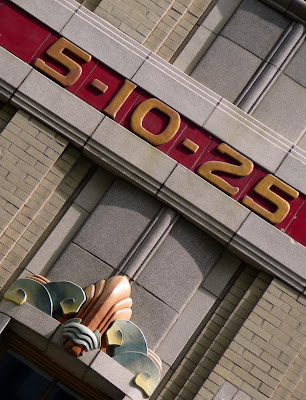 I've noticed that when I have three of something it's like the roots of a collection have started to develop and before I know it I'm looking for more. When I realized the other day I had shot details from Kress facades in three separate towns, I decided it was time to learn more about the popular department store chain with the wonderful storefronts.
According to the website of the National Building Museum, it was the vision of Samuel H. Kress that led to so many significant structures in so many different towns, as he saw his stores as "public art that would contribute to the cityscape." A branding innovator, Kress hired staff architects that created buildings that were "integral parts of their business districts and helped define Main Street America." The carefully designed structures in a variety of styles became landmarks in their towns and were celebrated as "beacons of prosperity and progress, exemplars of urban art, and sources of municipal pride." Between 1896 and 1955 Kress built 250 stores in 29 states notes RoadsideArchitecture.com, where you can find images of many of them, including the ones in Florida.
The head architect at Kress was Edward F. Sibbert who is responsible for over fifty art deco masterpieces across the country, including the one in downtown Orlando. The Kress foundation website claims "Sibbert's buildings streamlined the Kress image with a sleek buff modernity, the lavish use of terracotta ornament, and strong verticals supporting the golden letters “Kress”.
Orlando, FL 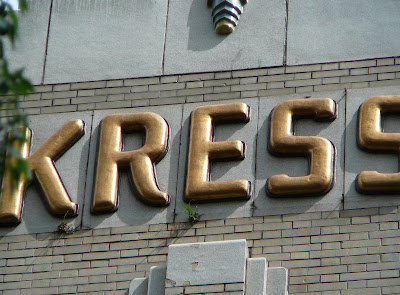 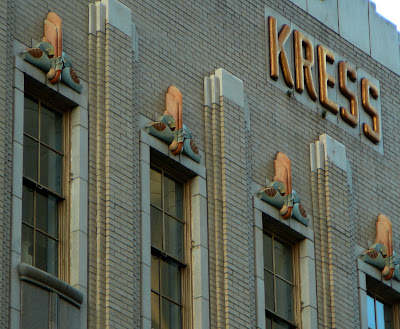 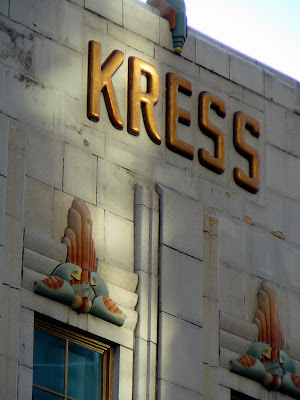 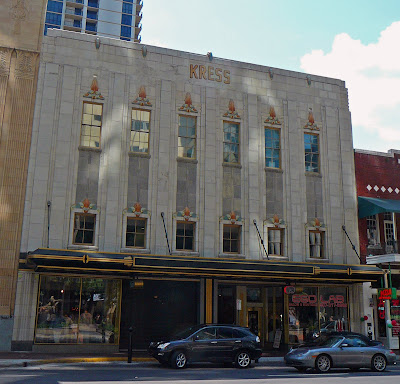 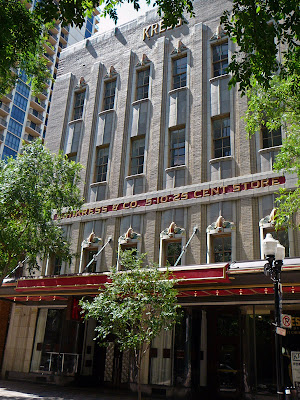 The Kress in downtown Orlando is an "L" shaped building that has facades on both Orange Avenue and Church Street. The elevation is essentially the same on both fronts although the Church Street side is composed of smaller bricks, perhaps because Orange Avenue was Orlando's main street at the time. Built in 1935 the structure is "veneered with granite and ornamented with imaginative polychromatic terra cotta elements" according to Orlando History in Architecture.

Here are some other Kress locations I haven't photographed yet: 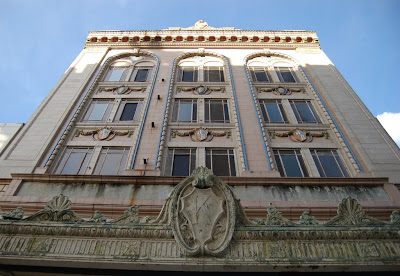 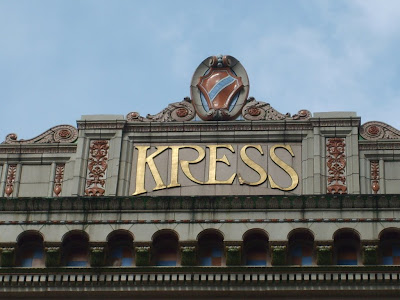 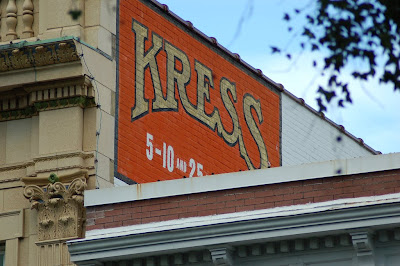 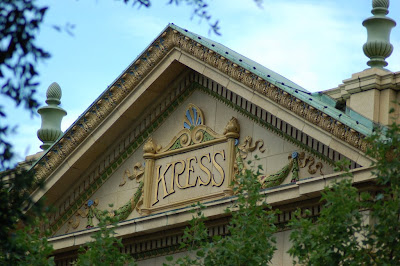 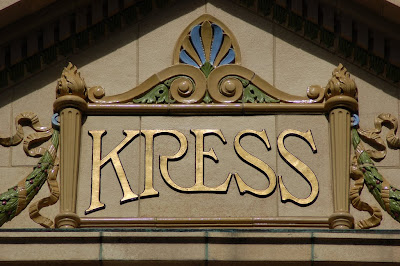 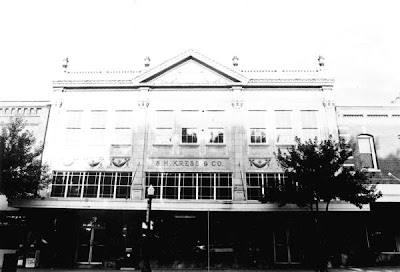 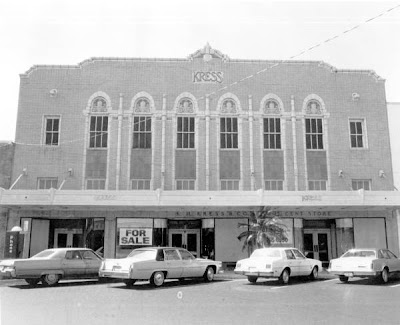 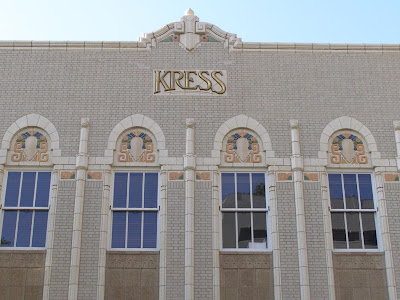 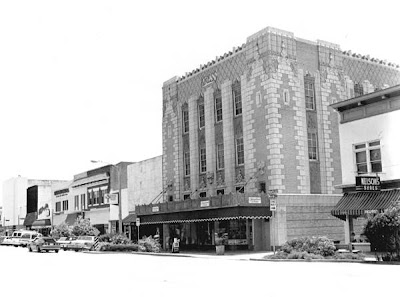 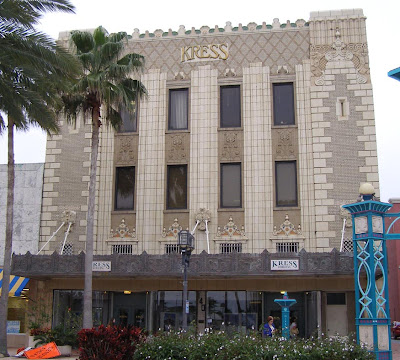 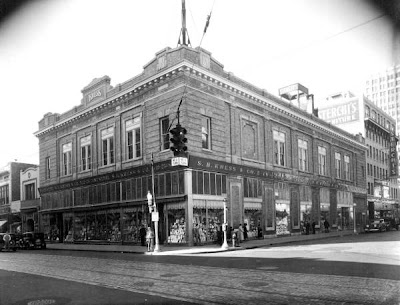 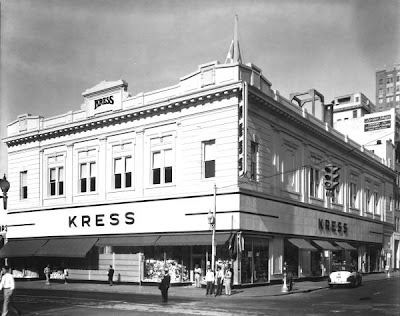 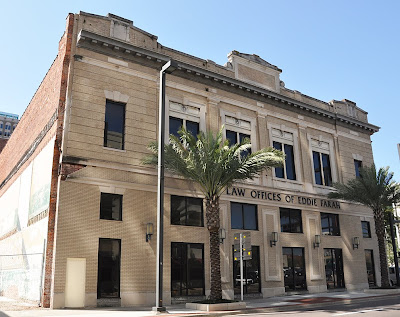 Here are the other two I've photographed: 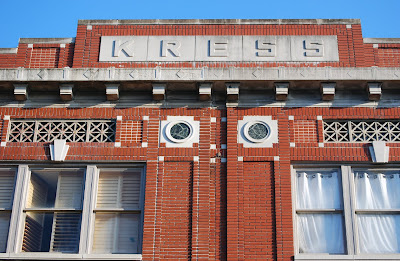 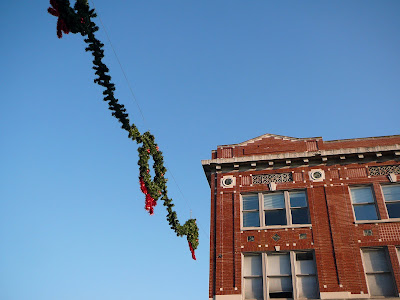 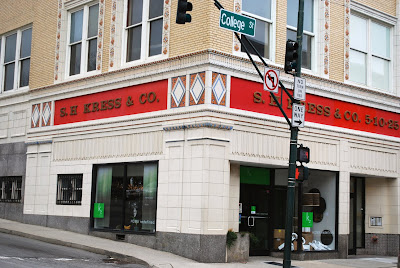 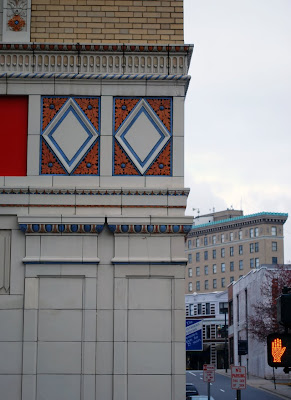 I worked a block away from the downtown Orlando Kress for almost nine years, but hadn't really noticed the details until I took these photos. Next time you're in an old downtown and a colorful architectural detail catches your eye, take some time and really study it: it might be one of the amazing Kress facades!
Posted by Rick Kilby at 5:55 PM