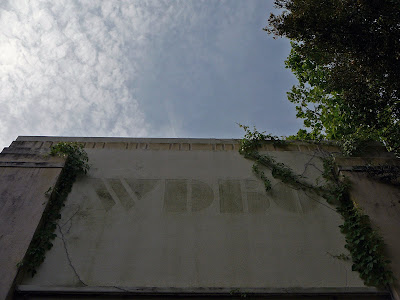 When Orlando exploded with growth after the Mouse came to town in the early '70s, much of the of the city's historic architecture was lost in the name of progress. Preservationists never recovered from the loss of an entire downtown block to a wrecking ball minutes after a quick vote in city hall was railroaded through the city council. As I pedaled my bike through downtown Orlando on the bike trip I started documenting on a previous post, I found some great architectural gems in transition, and some enduring despite great odds.

As I approached downtown from the north, I stopped at one of Orlando's best Streamline Moderne structures, the former WDBO building, which has sat vacant for quite some time now. WDBO, which began broadcasting at Rollins College in Winter Park in 1924, built the studio on Ivanhoe Blvd. in 1947 and broadcast there for almost forty years. The AM station continues to broadcast today from another location, while the building sporting its call letters continues to decay. 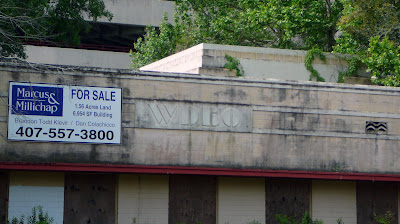 Who says fur is dead? LaBelle Furs has been in business since in Orlando since 1919. I've never seen the elegant condensed font of their neon sign lit up, but it's one of my favorites and one of very few neon signs left in downtown. 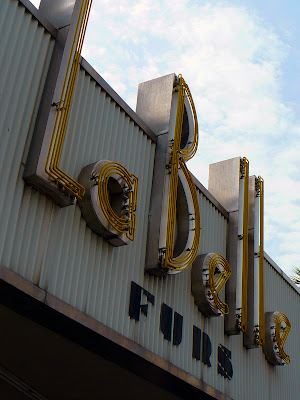 Further south St. James Cathedral is starting to show the original Donovan Dean designed facade after years of being covered up. The modified Romanesque design was completed in January 1952 and the current restoration has a $10 million dollar price tag. 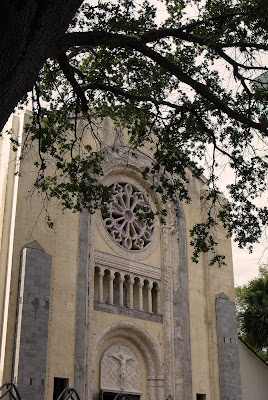 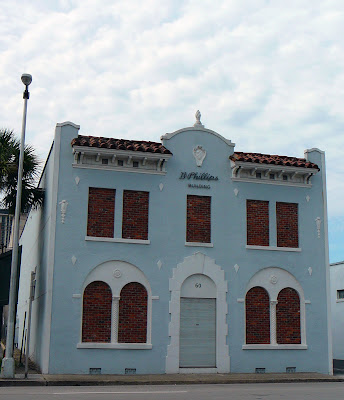 This building, adjacent to the 1920s Autrey Arcade, (and perhaps part of it), looked destined for demolition last year but now appears to be undergoing renovation. 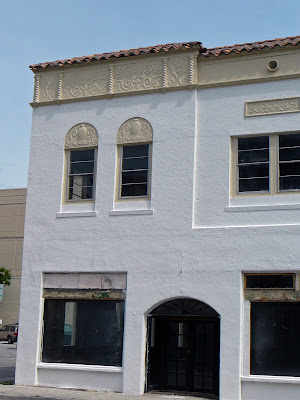 The Tinker Building, built in 1925 by Hall of Fame baseball player turned developer Joe Tinker, is on the National Register for Historic Places. According to Orlando History in Architecture, it has a "bold, small, highly contrived facade using all the popular building materials of the day: brick, cut and pressed stone, colored glazed tile, stained glass and wood." This beautiful little building, renovated in 1980, is currently for rent. 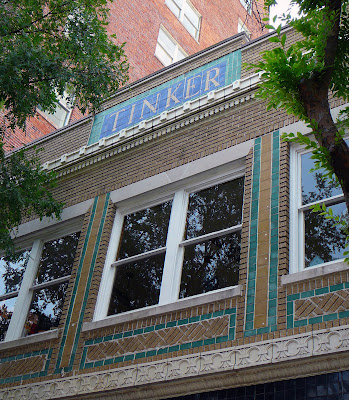 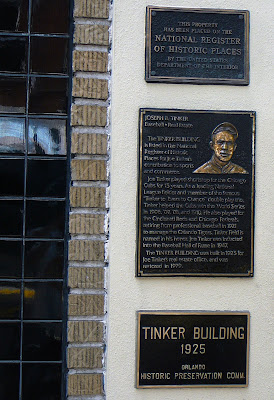 On Church Street, the former Slemons Department Store, known more recently as Rosie O'Grady's Goodtime Emporium, awaits a buyer. After the attraction known as Church Street Station shut down, the individual buildings comprising the complex were leased out and the one time Dixieland Jazz haven became a comedy club. Despite the apparent success of the tapas restaurant Cerviche in the space formerly occupied by Apple Annie's Courtyard and Lili Marlene's Aviators Pub & Restaurant, Rosies sits vacant. My guess is that as the new zillion dollar basketball arena located just on the the other side of the interstate nears completion, someone will see an opportunity in opening a club or restaurant in the historic space. 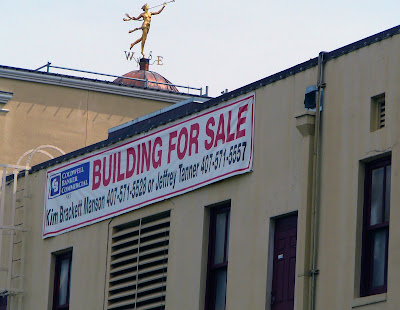 In addition to the arena, the other project the city wants to build is a new performing arts center and this mid-century masterpiece is in the way. The Central Florida Modern group organized a competition in 2008 "for the preservation of the precast concrete curtain wall of the American Federal building aka the Coral Gables building." There were some incredibly creative entries submitted from all over the world, and the winner received the appropriately round figure of $360. The organization's intent was to "inspire the City Of Orlando, owner of the building, to take care and save the pre-cast brise soleil pieces by removing them off the building prior to demolition so that private funds can be raised to implement one of the winning designs." I have heard no plans by the city to preserve any part of the building, as Orlando's downtown constantly evolves in an ever unpredictable fashion... 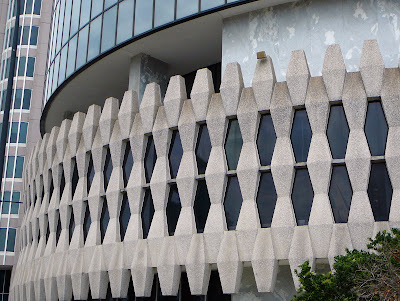