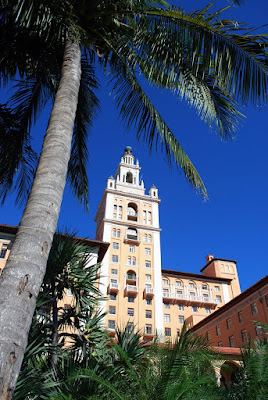 Coral Gables founder George Merrick's most ambitious project may have been the elegant Biltmore Hotel. Teaming with John McEntee Bowman, founder of the Biltmore Hotel chain, Merrick opened the hotel in 1926 with great fanfare. For two years the central tower of the structure was the tallest building in Florida, just one of the building's notable historical footnotes which include:

• Hosting the Duke and Duchess of Windsor, Ginger Rogers, Judy Garland, Bing Crosby, and Al Capone as frequent guests
• Providing a temporary residence for FDR when he vacationed in South Florida
• Having Johnny Weismuller as swimming instructor (and he set a World record swimming in the Biltmore's pool, which was then the worlds largest)
• Providing a plethora of entertainment options including synchronized swimming, alligator wrestling and high diving shows 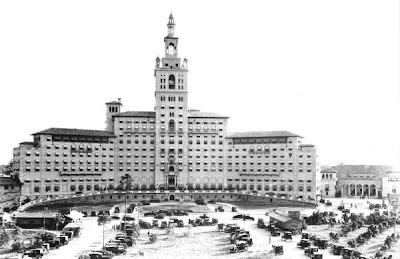 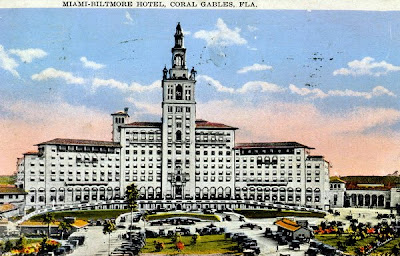 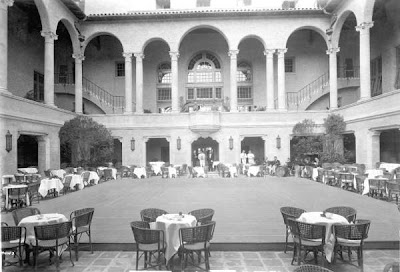 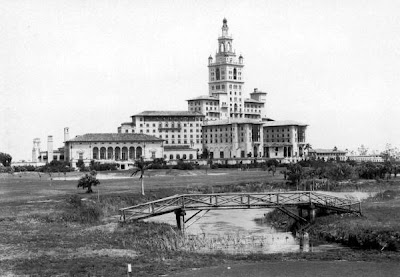 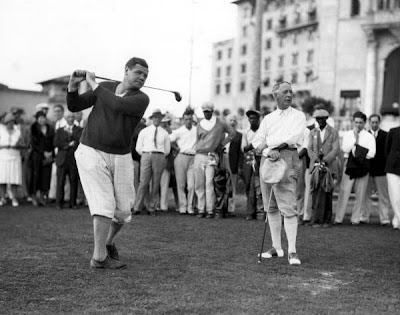 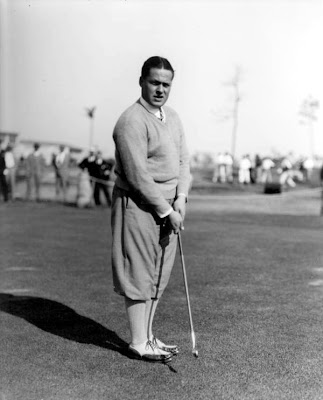 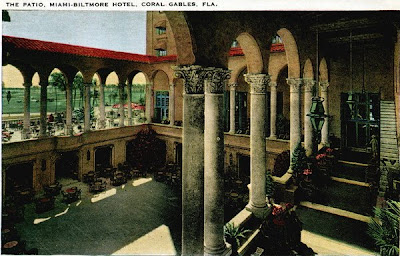 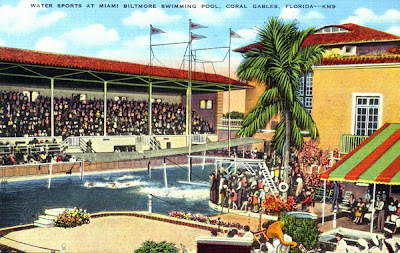 Grandstands next to the pool for water sports exhibitions
According to historichotels.org, The Mediterranean Revival structure's lobby features "a dramatic 45-foot hand-painted ceiling, large stone colonnades and fine craftsmanship governing every detail." The 315 tower was modeled after Giralada bell tower in Spain. One of the most eye-catching features in the lobby were the intersting free-standing bird cage structures. Full of tiny colorful birds, some of the cages were draped with blankets to keep the birds warm on this cool December day. 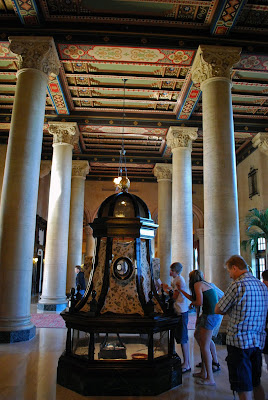 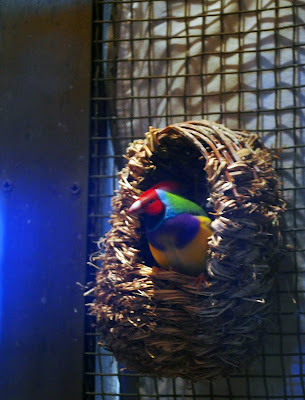 Just blocks from the Venetian Pool, the hotel was converted into a military hospital during WWII and continued to operate as a VA hospital until 1968. The City of Coral Gables gained control of the hotel in 1973 and it sat vacant for almost ten years. In 1987 after a $55 million dollar restoration, the hotel reopened. Today it is an elegant resort and spa on the National Historic Register and a National Historic Landmark. 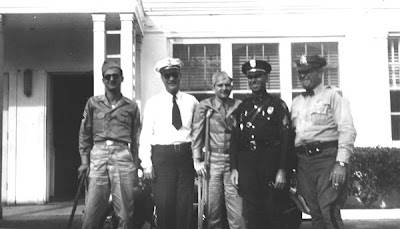 Wounded veterans during the hotels days as a hospital
So as my family and I approached, after 3 nights in the Residence Inn, we felt a little out of our league. We snuck into the incredible banquet rooms, sauntered warily by the ritzy swimming pools and finally came into the cathedral-like lobby. When we saw other tourist gawking and taking pictures we felt more at ease. The space is truly regal and it is without a doubt the most elegant historic hotel I've visited in the state. The hallways are lined with historic photographs and the buildings wonderful past is put on display for all interested visitors. With so many intricate architectural details, I may just have to visit again to take it all in! 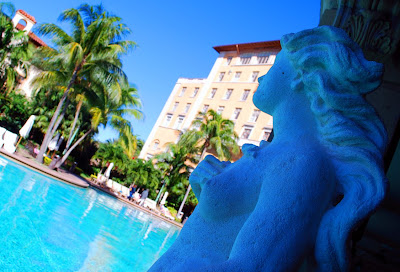 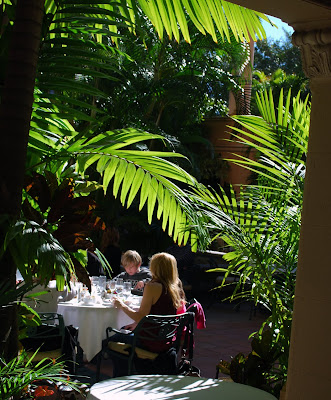 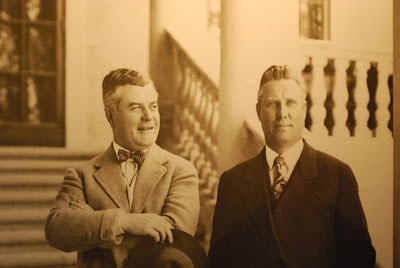 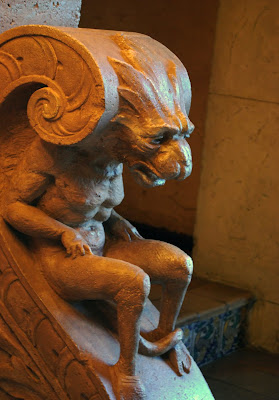 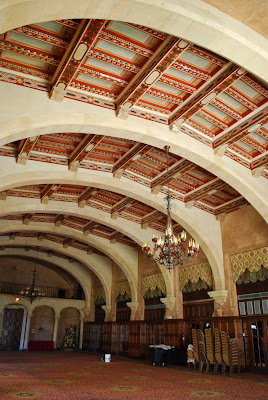 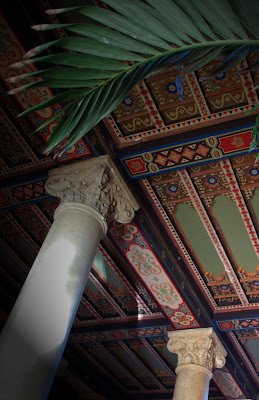 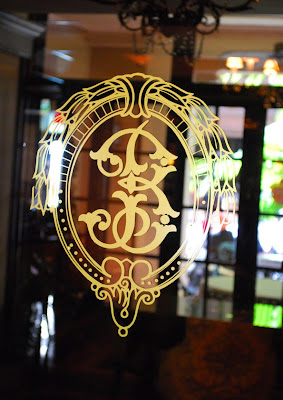 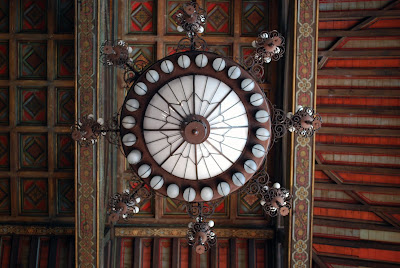 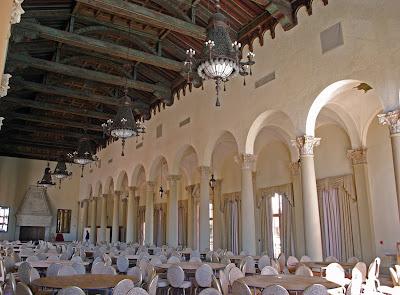 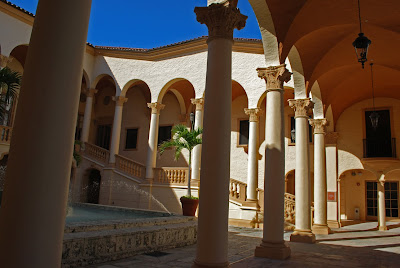 Vintage images from the State Archives of Florida
Posted by Rick Kilby at 2:26 PM