In Honor of Bike Week 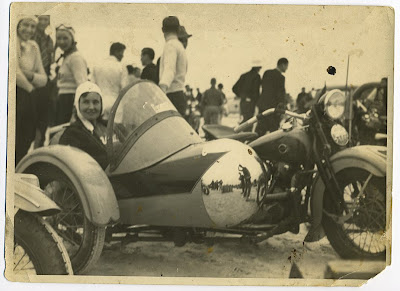 The first motorcycle race on Daytona Beach was held on January 24, 1937. The event was won by motorcyclist from California riding an Indian brand motorcycle an average speed of 73 miles an hour. The race, the Daytona 200, is the foundation of Bike Week, a festival that has grown beyond a week and far beyond a motorcycle race. I've only attended the event once, and it is colorful, congested and overwhelming to all your senses. From cole slaw wrestling to cover band concerts, Daytona Beach Bike week has turned into quite the spectacle.

Bike Week concludes this week, and I am reflecting on the early days that centered around the actual motorcycle races themselves. In Central Florida, one of the places you could actually buy an Indian motorcycle was Schmidt Motor Sales. I am related to the Schmidts by marriage and am fascinated by their long-time connection to the Orlando area and motorcycles. Papa Schmidt started Schmidt Motor Sales as a small cycle shop in Winter Park, Florida, I believe sometime in the 1920s. Eventually the family business grew to take up three buildings on Colonial Drive in Orlando, offering sales and service for motorcycles and British motorcars like Mini Coopers and MGs. From time to time I raid the family photo archives, to scan great images like these. 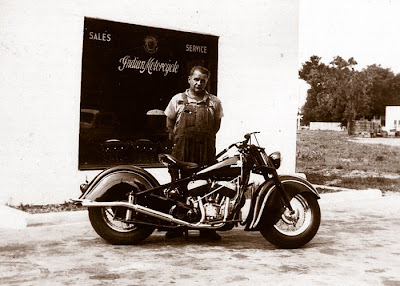 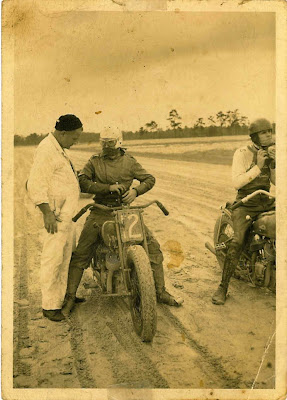 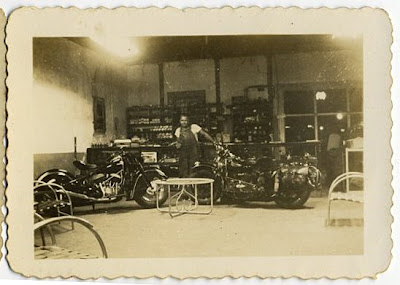 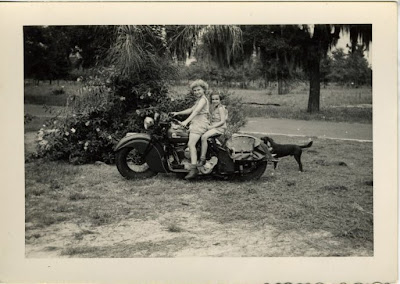 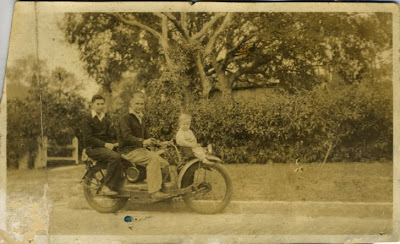 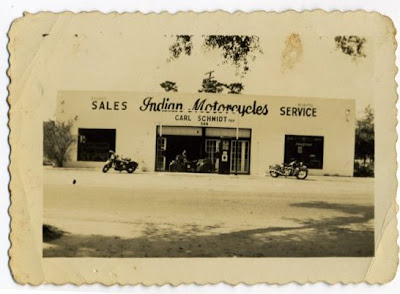 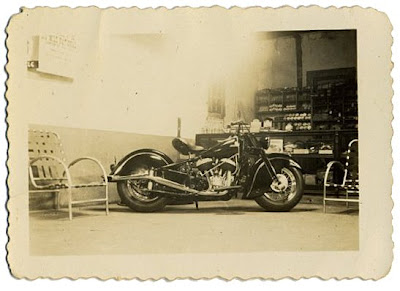