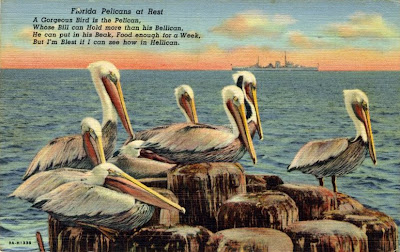 Yesterday I was driving down Orange Avenue in the heart of Orlando and was surprised to see a Brown Pelican flying overhead. Orlando is in the center of the state, at least an hours drive from either the Atlantic or the Gulf of Mexico. While we often get seagulls in large flocks in winter, this is the first time I've ever seen a pelican this far from salt water.

I asked my friend Tom, who is an expert in these things, about the appearance of a pelican this far inland and he said "I have seen them (pelicans) on inland lakes in the Orlando area and the Kissimmee chain occasionally. But if you saw it today the best explanation is the heavy west winds and storm line that came through. It is not unusual for seabirds to get blown inland during such events. Newnans Lake is a popular place in Gainesville to go birding for storm blown seabirds after tropical storm events and strong fronts like this one."

I love being surprised by unscheduled appearances of wildlife in the most unlikely places. Like an eagle's nest near an expressway or an egret in your backyard, they are little reminders of the often threatened natural state of things here in the Sunshine State. 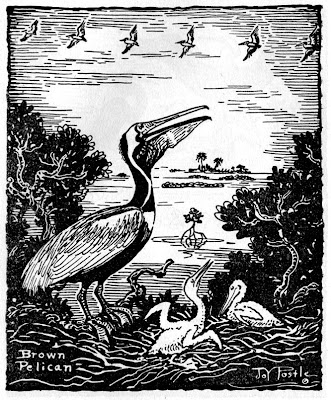