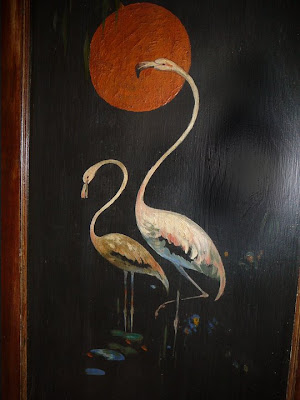 This morning I struck out on my bike in search of the work of a Central Florida artist and builder named Sam Stoltz. I had been vaguely familiar with Stoltz's works from an article in the paper years ago, but my quest to track down work by the Florida artist Joy Postle led me back to Mr. Stoltz, because in some ways they were truly kindred spirits.
Stoltz moved to Orlando in 1925 after a career as a commercial artist and home builder in Chicago. In Orlando he collaborated with developer H. Carl Dann to build "cozy attractive modern homes ... without spending a great deal of money." The first homes he built in the Orlando area were in College Park, just northwest of downtown. Ultimately Stoltz created unique homes throughout Central Florida including College Park, Winter Park, Mt. Plymouth and Windermere.
These houses were really pieces of art. Decorated throughout with stucco and plaster relief birds, Stoltz homes ranged in style from Spanish interpretations in College Park to whimsical Medieval/fairy tale marvels in Mt. Plymouth. Prominent rock fireplaces were a Stoltz trademark, as was his use of pecky cypress wood for doors and other wood features. 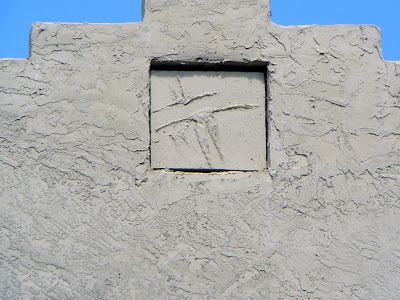 The first discovery on my search for Stoltz was on a home on the Dubsdread Golf Course, a bird decoration that unfortunately had been painted over. After studying his rock work chimneys at the golf course's clubhouse, I deduced that a house on one of the fairways must have been his creation as well. Then I headed over tho the College Park Community Center where a couple of his murals that were almost lost in the clubhouse restoration, are prominently displayed, thanks to their rescue by Orlando's historic preservationist at the time. 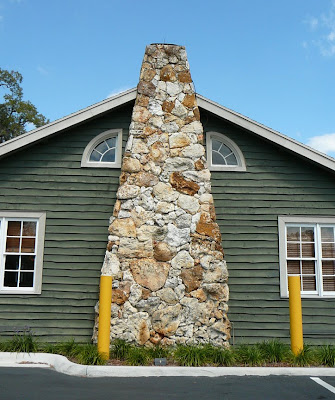 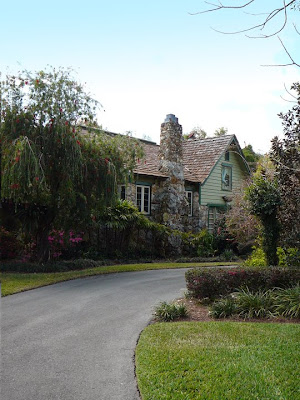 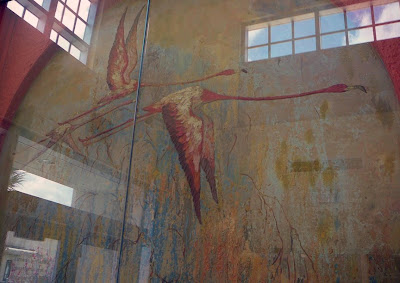 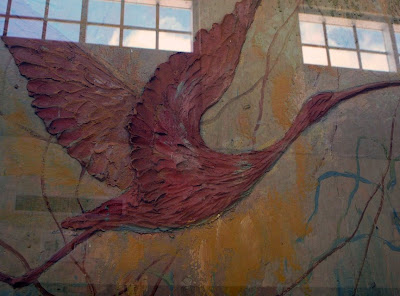 The murals show his interesting technique, very loose and whimsical. The pieces are very textural and are kept under glass which makes them very difficult to photograph.
My next stop was a block that had three confirmed Sam Stoltz houses and I had the good fortune to meet one of the the owners on her way out. Stoltz actually lived in this house and it is amazing in the attention to detail from the artwork on the chimney to the mosaic in the entry way to the painting on the bathroom door. They still have the original fixtures and this masterpiece is in good hands as the owners understand the significance of their home. 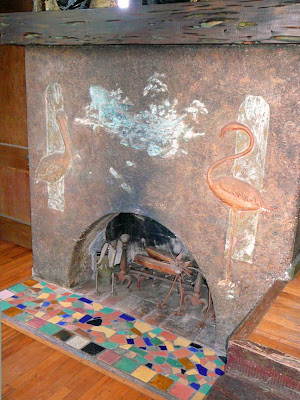 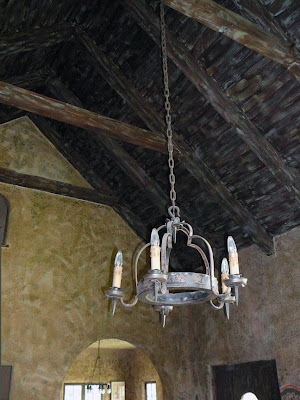 On the way home, I stopped to capture an image of this Stoltz house near downtown. It is heavily weathered but has a wonderful distressed, archeological look to it. 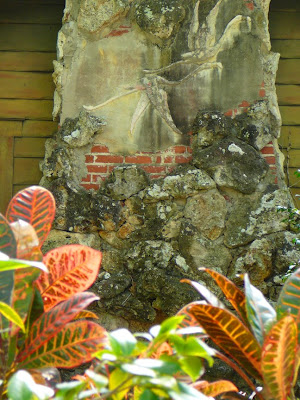 I really believe that Florida has a fascinating cultural history if you know where to look. Central Florida artists Joy Postle and Sam Stoltz were both inspired by the natural wonders of the state, in particular birds, and their work echoed that inspiration. It seems ironic to me that many of the murals and buildings they created are now lost, often replaced, renovated or remodeled by the same folks who complain about the lack of history here.
To see one of Stoltz's Mt.Plymouth masterpiece click here.
Also much of the biographical information on Sam Stoltz was taken from the pamphlet, Sam Stoltz: Artist and Builder by Grace Hagedorn.
Posted by Rick Kilby at 6:01 PM