The most notable interstate sight we saw as we headed south from New Tampa, was a giant Confederate flag. Sometimes I forget Florida is actually a part of the South. Other times it's right there in your face, flapping in the wind as a humongous banner reminding you of Florida's past.

Our first stop off the interstate was to search for Ponce de Leon in Punta Gorda. This town, north of Ft. Myers, took the brunt of Hurricane Charlie five years ago. But its little downtown looked freshly painted and their bayside parks were charming. Gilchrist Park was the home of the first and most monumental Ponce Statue we encountered. Created by the Royal Order of Ponce de Leon Conquistators it is a truly royal sight, guarding the bay in a very regal manner. 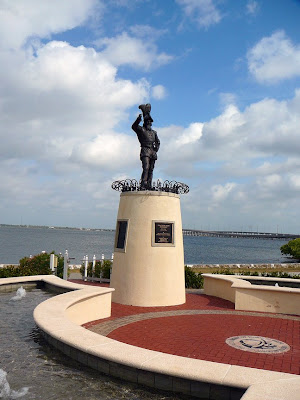 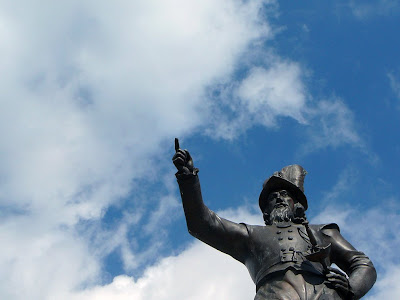 Further down the road at Ponce de Leon Park, the memory of the Spanish explorer is kept alive with three colorful statues and several historical markers. The first Ponce looks to be peering out from some bushes and is next to the historical marker for the first white man killed in America. Something tells me if they were they to re-create that marker today, they might word it a little differently. 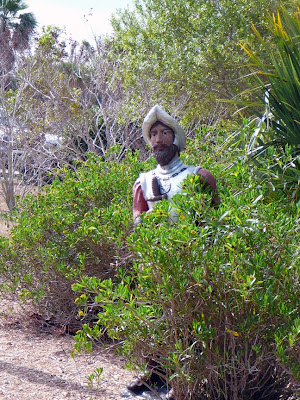 The next Ponce, just over the first Ponce’s shoulder, sits in a little stone ampitheatre. The scale is a little odd as the rockwork is far larger and makes the less-than-life-size figure look even smaller. 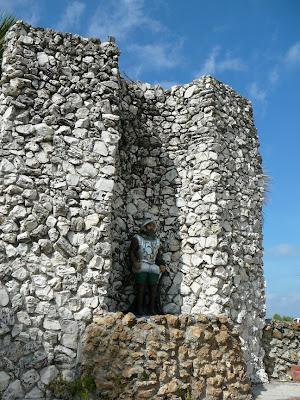 The final Ponce is just beyond him guarding the entrance to a nature walk. The historical marker here appears to be quite old and looks to have been corrected several times. 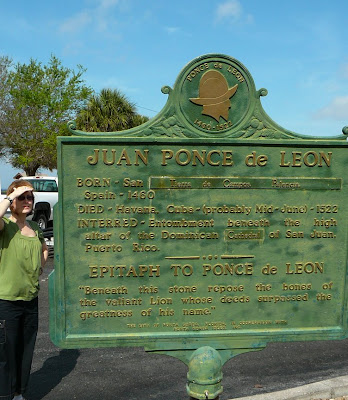 We came across one more reference to Florida’s European discoverer in Ft. Myers. Located downtown is Patio de Leon, a European style plaza and survivor of many renovations through the years. This interesting yet somewhat quiet space in Ft. Myers’ charming downtown, had a closed hookah bar and several other newly remodeled restaurant spaces for rent. It served as a reminder that even as Florida nods to its past, it can't escape the circumstances of the present. Or maybe vice-versa. 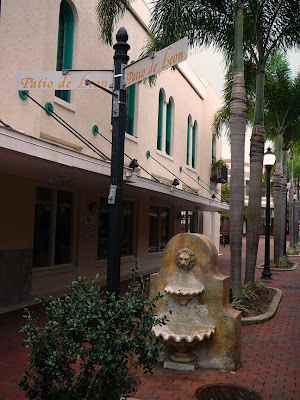 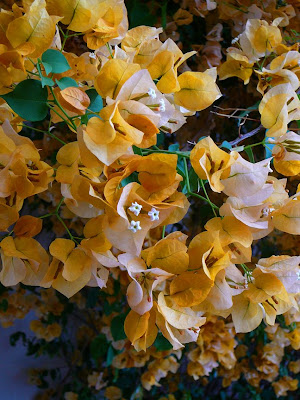 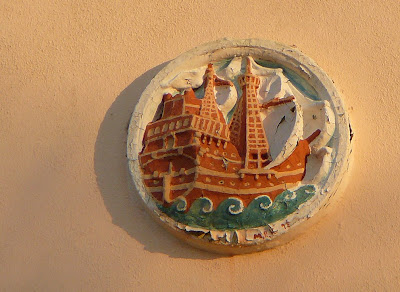