Number 38 and proud of it

This interesting news was in the paper on Sunday; the Central Florida town of Winter Park was picked 38th in list of 106 historic places around the world by National Geographic Traveler Magazine. According to the article, the magazine "called attention to Winter Park's historic homes and its 'small downtown' with historic businesses and small businesses." There is plenty of material to blog about concerning Winter Park, especially in terms of fabulous architecture and great museums. Today, however, the focus is based on the references I currently have on hand in the Studio Hourglass library, that being mostly images of Winter Park's signs, past and present.

First, a couple vintages images from the in-law's photos. The Schmidts have been in Central Florida, mostly Winter Park, for four generations now. The Colony Theater on Park Avenue, now a Pottery Barn, is a special place in the family history because my father-in-law worked there and he would bring his deposits to the bank across the street and flirt with a particular teller who ended up being my mother-in-law. He passed away at an early age and I was not fortunate enough to have met him, but these images help me feel connected to him. 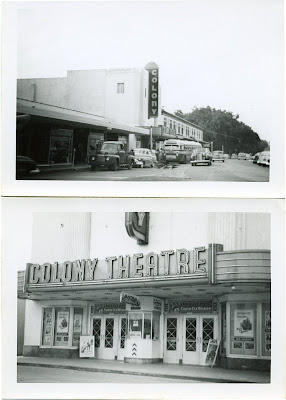 A couple of blocks away from the Colony Theater was where the Langford Hotel used to sit. The Del Prado Lounge at the Langford was my favorite watering hole and I miss the amazing atmosphere of this incredibly unique place. This photo is from the Kilby Photo archives, look for another, more in-depth blog when he lets lose of some more Langford images. Hint, hint. 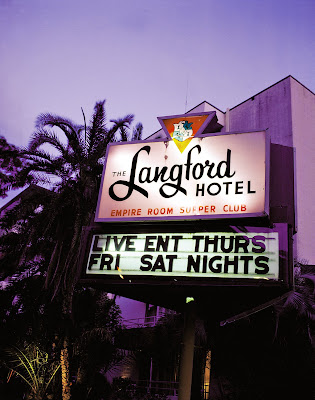 This next image from Kilby Photo is of a business that has moved but left its signs behind. Holler Chevrolet has relocated to SR 436, but it signs still remain a fixture in Winter Park. 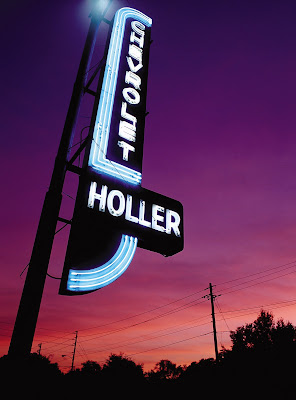 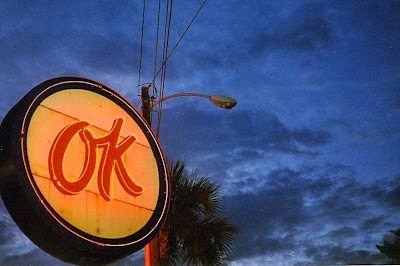 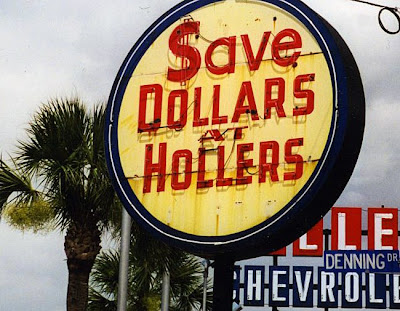 Right down the street from the former Holler location lies Winter Park Bowl, just on the other side of the famous Winter Park sinkhole, now called Lake Rose. 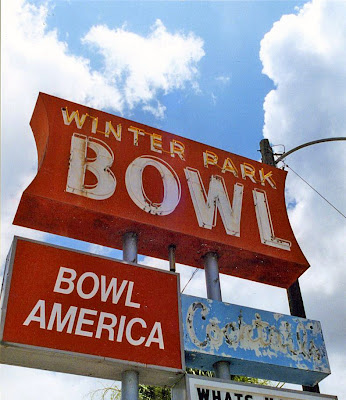 Further down the road, closer to I-4 lies a Central Florida institution, Skycraft. Wacky hardware, NASA surplus and gimmicky gadgets abound in this paradise of interesting stuff. 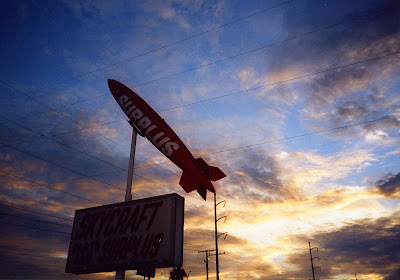 And finally I featured the giant citrus formerly of Lee Road yesterday, but one shot could not do it justice. 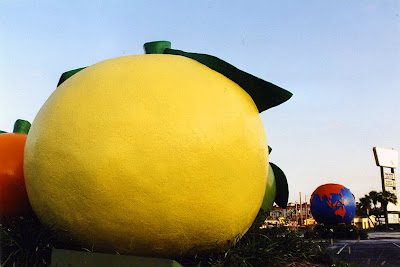 The Winter Park Art Show is going on this weekend, celebrating its 50th anniversary!
Coming soon, my special 100th blog!
Posted by Rick Kilby at 11:36 AM