From roadside attraction to wildlife park 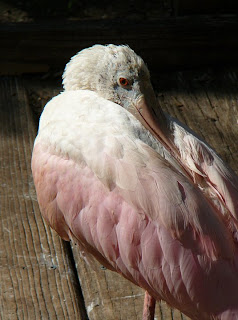 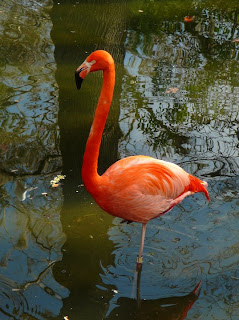 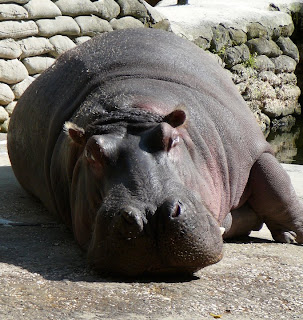 More on the history of Homosassa...
Aside from the aquatic life in the Giant Fish Bowl, the only noteworthy animals in the early days of Homosassa were tame squirrels and  a popular otter. That changed When Bruce Norris bought the property in 1963. Mr. Norris purchased pontoon boats from the World's Fair and used them to shuttle visitors down Pepper Creek (Homosassa is an Indian word meaning something like place of the peppers for the many trees present in the area with little red berries.) Norris dredged the creek and made it wide enough to incorporate little islands on which he placed exotic animals like monkeys, lions, bears and a hippo.
Like Wakulla and Silver Springs before it, Homosassa was also used as a location in the entertainment industry. Hungarian movie maker Ivan Tors somehow got involved with the attraction and the '60s TV series Gentle Ben was shot at Homosassa.
Eventually the state took over the park and removed all non-native species except for Lu the hippo. Lu, a veteran of multiple films and well over 50 year old, weighs in at just over 6 tons. To make him a native, Governor "Walkin" Lawton Chiles proclaimed him an official resident of the state at the request of hundreds of school children.
Today, they have many varieties of Florida native animals in captivity that are injured or unable to cope in the wild. In addition to an incredible array of birds they have a Florida Panther hybrid (half FL panther/half cougar) and a bobcat. They keep the leftover flamingoes from the roadside attraction days well fed, and the availability of this free dinner attracts natives like Wood Ducks, Ibis, buzzards, Spoonbills and migratory birds like Sandhill Cranes and Whistler Ducks. It's a great place to get to see these critters up close and take some really awesome pictures! (The one below is a vintage postcard.) 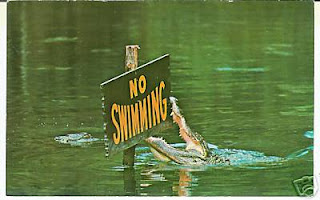