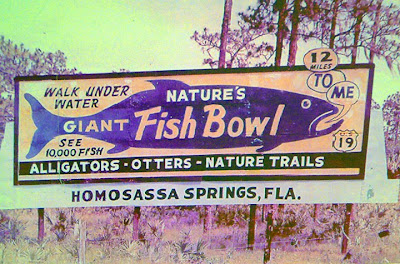 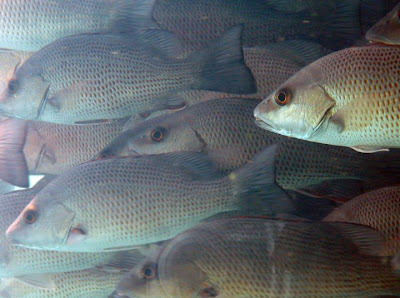 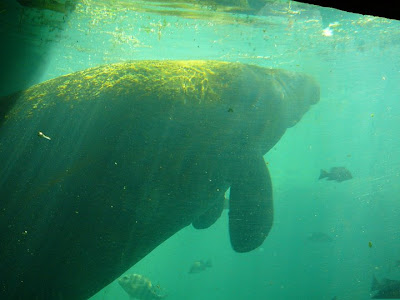 Florida's earliest attractions were its springs, places where the secrets of the subterranean aquifer reveal themselves with splendid colors and crystal clear water. As early Floridians attempted to lure folks down to this sub-tropical paradise, springs became the state's first attractions. But they had to be improved upon. It started at Wakulla Springs where goofy underwater gags were photographed and made into postcards and film reels to lure folks from up north. Those techniques developed into the underwater photography of Bruce Mozert at Silver Springs and the antics of the swimming mermaids at Weeki Wachee. Then the creation of the Glass Bottom Boat allowed visitors to see incredible views of the underwater wildlife close-up at Silver and Wakulla Springs.
But no place made a more permanent upgrade than Homosassa Springs. Opening as a roadside attraction in the 1960s, Homosassa had flamingos, bears and even a hippopotamus, but its main attraction was the Giant Fish Bowl. Now called the Underwater Observatory, the Fish Bowl allows you to get below the surface of the water and come face to face with thousands of fish. The Fish Bowl is sunk right over the top of the spring and the view is pretty spectacular. In addition to the thousands of fish, manatees are feed there, so they are never far from the observation area. Other than getting in the water with them, it's hard to imagine having a closer interaction with these amazingly gentle creatures.
I don't think something like this could be built today, but it sure is a thrill to have such an incredible experience with the aquatic world without getting wet. And it is really fun to hear the shrieks of delight from even the most jaded teenager as they are overwhelmed coming down the staircase. It's tough to beat the awesome power of Mother Nature. But sometimes it doesn't hurt to tweak it. 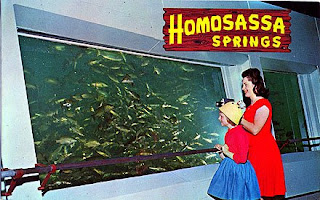