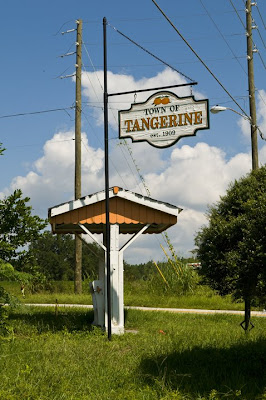 There's an article in today's Orlando Sentinel about the tiny Central Florida town of Tangerine celebrating the 100th anniversary of the founding of the Tangerine Improvement Society. From what I gather from the article, the Society creates a sense of community for the little village and organizes residents against unwanted growth. Interesting to me was the quote by a resident saying "We don't want to be another Clermont," indicating that the Lake County city has become the poster child for sprawl. There's not a whole lot to see in Tangerine and I only know it exists because I've seen this sign on my way to Mt. Dora. Maybe it's good to be off the radar like that. Photo is again by my brother. 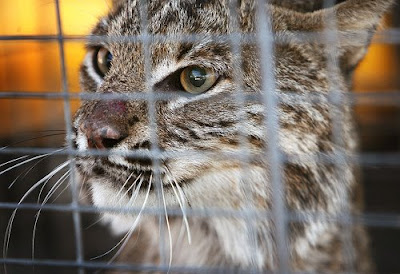 In other really sad Florida news, this beautiful bobcat was captured near Windemere and euthanized according to state law, according to the Sentinel. I've never seen a bobcat in the wild in Florida, but this is proof that they do exist. I hope I get to see one. And I hope it doesn't have to be put down because I see it.
Posted by Rick Kilby at 7:25 AM