I travel down Gatlin Avenue at least once or twice a week past historical markers and a whole lot of Central Florida History. It's hard to imagine a time when that area was the middle of the battle between Florida's settlers and rogue Indians, but that's where it happened.
According to an article by former History Center Curator of Education Bob Beatty, the Seminole Indians were a mixture of Creek Indians from Alabama, various native tribes from Florida and runaway slaves. In 1830 the US government tried to send all the Seminoles west of the Mississippi and return the runaway slaves to their previous owners. Those issues led to the beginning of the 2nd Seminole War in 1835 when Seminoles ambushed Major Francis Dade west of Orlando. General Zachary Taylor commanded that forts be created throughout Central Florida, including Fort Gatlin, named after an Army Assistant Surgeon who was killed in the Dade Massacre. 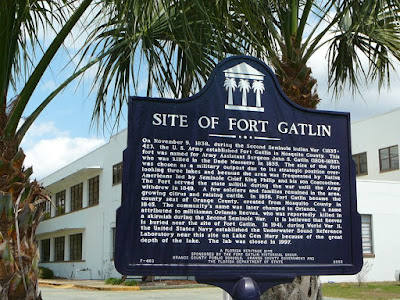 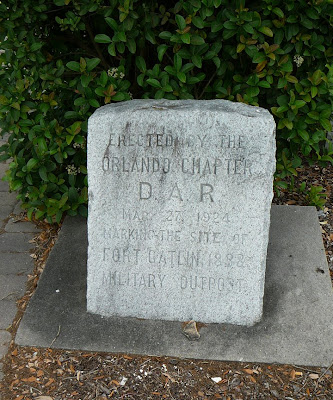 Fort Gatlin was created at a strategic point overlooking three Orlando lakes: Lake Gem Mary, Lake Jennie Jewel and Lake Gatlin. The area was known to have been frequented by Seminole leaders King Phillip and his son Coachoochee. Nearby on Ferncreek, a marker points out the location of the Council Oak, the spot where the Seminole chiefs held their meetings. 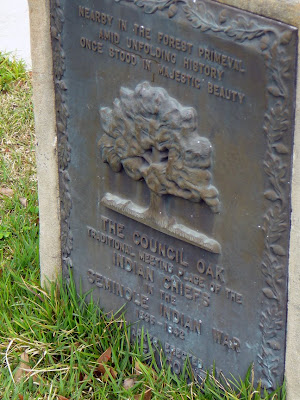 In Flashbacks The Story of Central Florida's Past authors Jim Robison and Mark Andrews describe the fort this way: "eighty feet square with two two-story blockhouses at diagonal corners, the stockades were made of 18-foot pine logs with sharpened points at the top." The Army withdrew in 1849 leaving some soldiers and their families in the area, who later formed the County seat of Orange County and re-named the town Orlando.
The site of the Fort was again utilized by the government when the Navy created the Underwater Sound Reference Laboratory during WWII to take advantage of the great depth of Lake Gem Mary. This mysterious lab closed in 1997 and the building is now used by Orange County Public Schools and the huge structure that loomed over the lake has been dismantled. 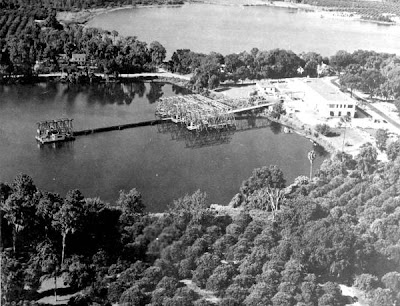 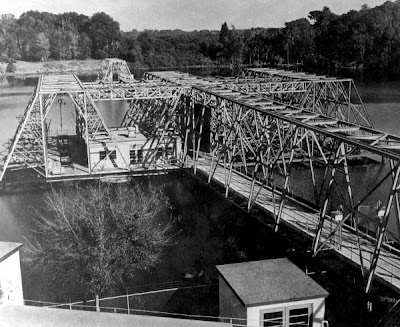 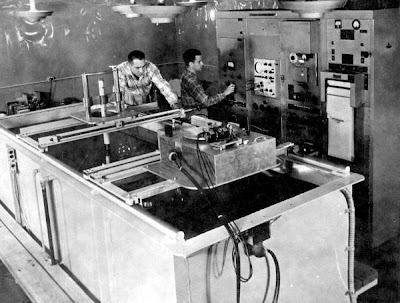 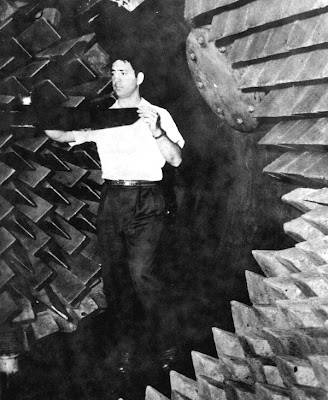 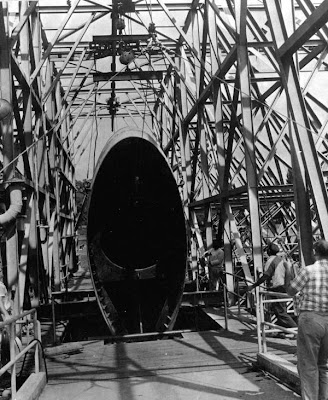 In addition to the historical markers, the legacy of Ft. Gatlin lives on in several ways. Gatlin Avenue bears the name, as well as the the Fort Gatlin Shopping Center and their fort-like sign. An icon of the the early twentieth century in Orlando was the Hotel Fort Gatlin on the downtown site now occupied by the Orlando Sentinel. The Hotel had a radio station, a AAA office and, to come full circle, a dining room with murals painted by Orlando's very own Joy Postle. 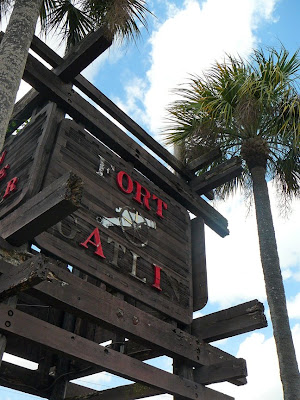 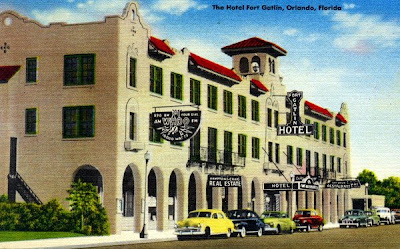 Vintage postcard and images of Underwater Sound Reference Laboratory from the State Archives of Florida
Posted by Rick Kilby at 8:12 AM