Gone but not forgotten... 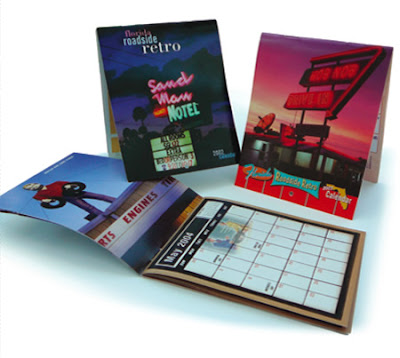 I joined Flick'r yesterday to participate in another online community of people who share similar passions, in this case, roadside architecture. I uploaded every shot I had on the subject, that is currently on my computer, excluding the good ones shot by my brother the photographer. Then I dug into the archives a little and found a CD from 2001 with my first roadside retro calendar. I launched my design business, Kilby Creative, in December 2000 and wanted to create a self promotion piece for myself, so I went through all my old photos and made a pocket-sized calendar. They were well received and I went on to make 3 more with my brother handling the photography duties. If you'd like me to send you the '03 or '05 version, let me know, I have plenty left.

Since then I've always been on the lookout for great vintage signs and other roadside icons. Part of the project became simply documenting these beauties from the mid 20th century because I quickly noticed they tended to be here one day then gone the next. The hope became to create awareness of the relevance of these monuments to Florida's past so that we might preserve some them before it is too late.

Today, I'm highlighting some that didn't make it into the the 21st century. This Great Dane that was on the Orange Blossom Trail in Orlando used to mark the location of a truck dealership. When the dealership went away so did the dog; who knows where? 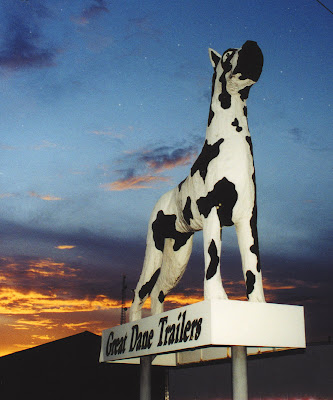 The Pepto pink dinosaur used to guard little kids at a daycare center in Port Orange. 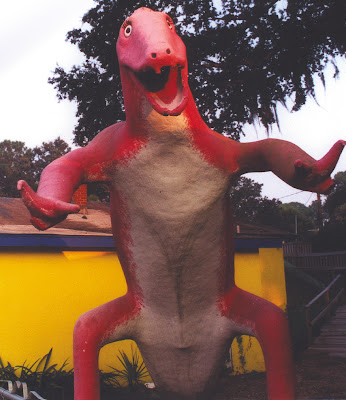 I love roadside citrus and produce stands in Florida, because the signage is often as colorful as the fruit they sell. This amazing produce stand in Leesburg mixed religious messages and product pricing in a unique way. 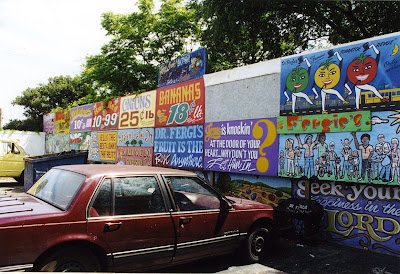 This sign used to mark a citrus stand in Maitland. 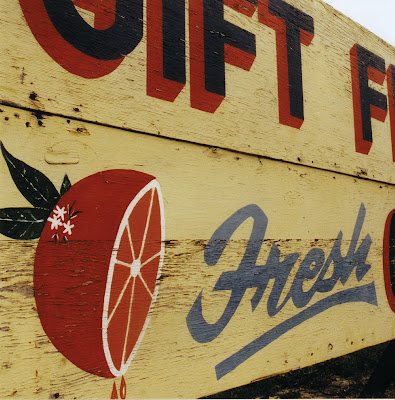 There was actually a nice little strip of vintage signs in Maitland that has since succumbed to development. 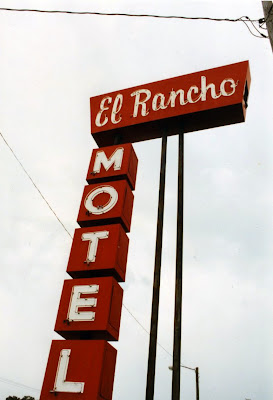 I've blogged about the great City of Cars sign that used to be on Highway 50. This is a Satellite Sign from that interesting used car dealership. 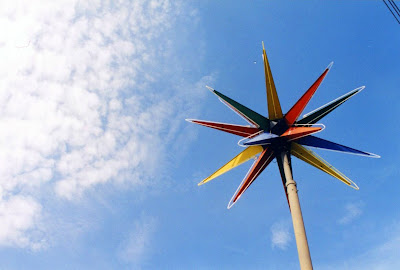 This Muffler Man used to have a fine home in Ocala. 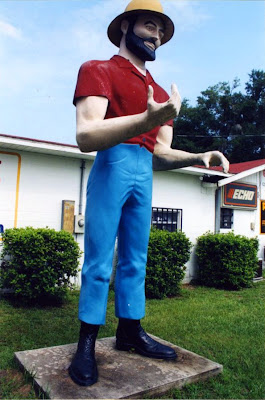 Every Muffler Man's dream, this Uniroyal Girl, stood outside a boat business in Winter Garden. Maybe she and the Muffler Man ran away? 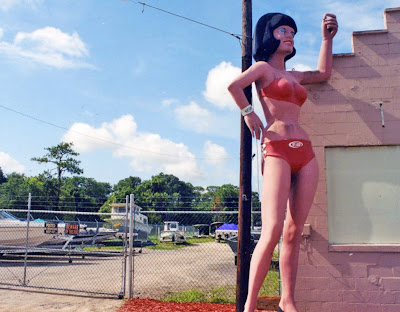 This monumental citrus stood alongside a giant orange and blue globe at a Lee Road motel complex in Winter Park. 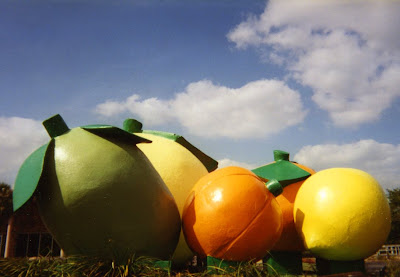 Nancy's Guys and Dolls was perhaps one of the "diviest" bars I ever visited. The walls long ago white, were dark tan from years of nicotine exposure. However I still feel sad when I drive by it's old location near Orlando's executive airport and see where it used to be. Thank goodness we still have Wally's! 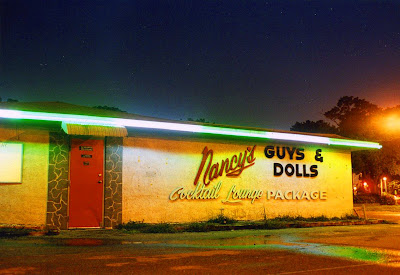 Our favorite time machine restaurant near Orlando's Ben White Raceway was knocked down and moved to a motel down the road. The original in DeLand is still open- go there with a healthy appetite! 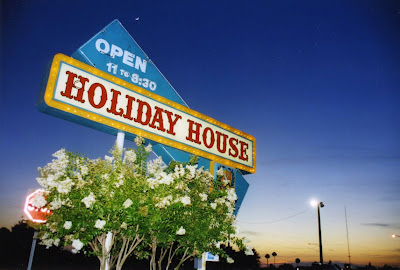 This building on Bumby in Orlando is for rent, sans neon. 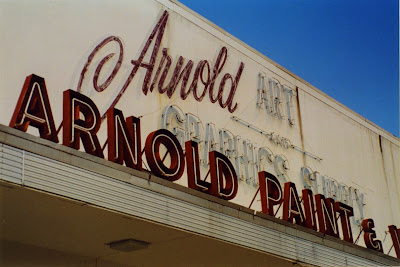 And finally Kane's Furniture on Highway 50 was one of Orlando's finer examples of mid-century commercial architecture. It's gone now, as have much of the remnants of that period in Orlando's past, and it has been replaced with a couple new buildings. A bank, a fast food Chinese restaurant and this brand spanking new, mid-century inspired McDonalds. I think it is incredibly ironic that they would tear down something from the 1950s or 60s to build something that looks like it was from the same period! 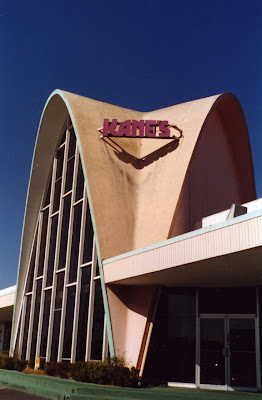 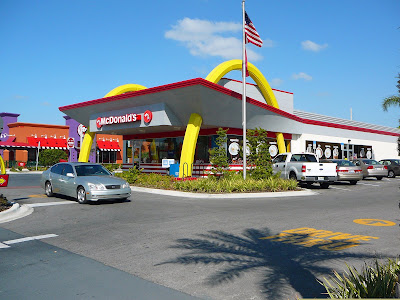