Joy at the Beach 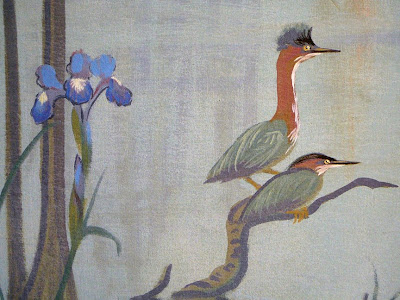 I love the internet! In one of my early online searches on the Florida artist Joy Postle, I found articles in the Daytona paper from 2001 that mentioned that a couple had purchased a historic home in Ormond Beach and were looking to restore some Joy Postle murals. My friend and Joy Postle afficinado, Denise, sent them a letter and received a call back from the home's current owners who just purchased the house and they invited us to come out and take a look. 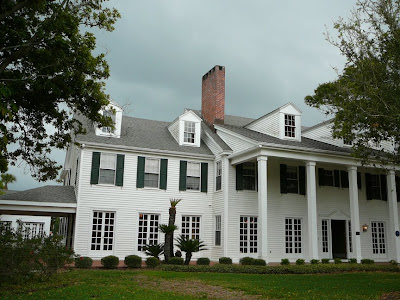 The home, built in 1913, was named Rowallen after a Scottish castle by it's original owner, Alexander Millar Lindsay. Lindsay made his fortune in the department store business, and reportedly, at one point, his store was the largest between New York and Cincinnati. The home passed hands several times and was bought by Harold and Eileen Butts who renamed it Linsaroe, the Celtic word for "by the water", according to historian Steve Ratjar. Eileen Butts, named a Great Floridian by the state in 2000, was responsible for the creation of Tomoka State Park, the Ormond Museum of Art (a former client of mine), and the presevation of John D. Rockefellor's home, The Casements in Ormond Beach. It has been rumored that Mr. Rockefellor was entertained in this noble residence.

It was probably Mrs. Butts who hired Joy Postle to create the murals for Rowallen. Upon entering this amazing space, the first room to the left has wonderful Postle murals, that are reminiscent of the ones I saw in west Orange County. These, however, were painted in 1940 and the style is more minimal and reminds me of Japanese painting; it has a zen-like quality to it. Of course all my favorite birds are featured including Green Herons, a Black Crested Night Heron and a Purple Gallinule. 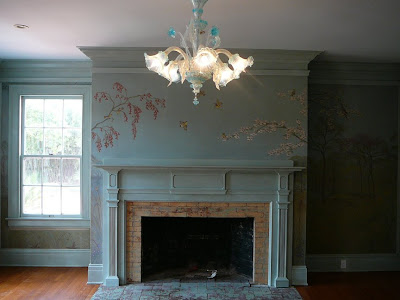 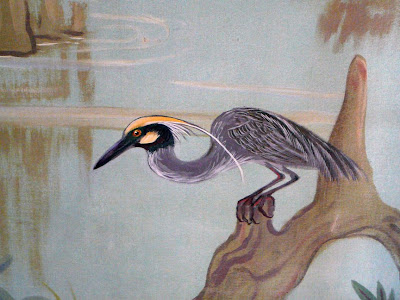 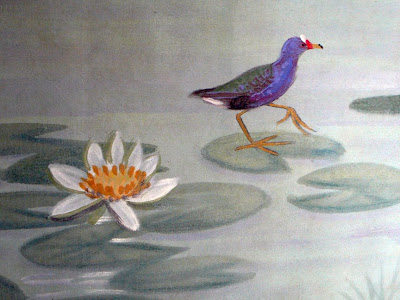 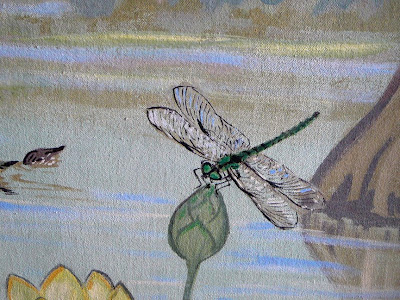 The room directly behind that one has Postle murals of a completely different style and they remind me of something one might see in a European estate. They are much more monochromatic and very elegant. There are paintings of the Scottish castle, Chinese junks and pastoral wildlife like deer and rabbits. Very unique for what I've seen of Joy Postle's work. 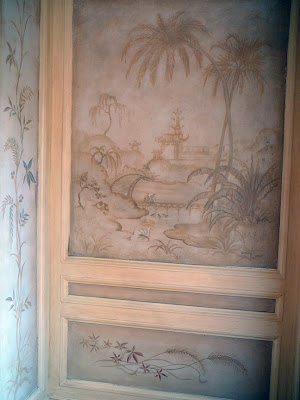 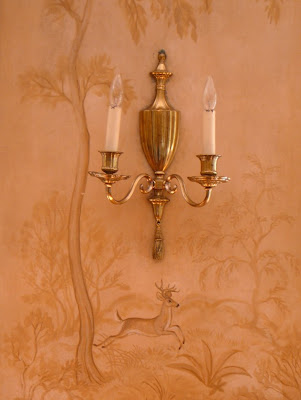 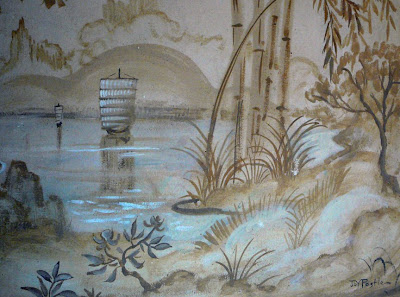 Then even more in the attic. These murals, unlike the one's I'd seen before, were painted on canvas in 1940, instead of directly on the wall. The huge attic had many canvas murals removed from other rooms, notably bathrooms, featuring subject matter like the lighthouse at Ponce Inlet, and of course more birds, flowers and butterflies. Some of the murals appear to have been folded up for years, and we are hoping they will find a good home where they can be displayed and conserved. 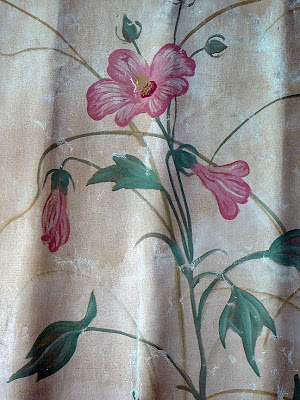 Like the other house of Postle murals I visited, these home owners seemed to really appreciate the art treasures they have inherited and are committed to maintaining the artwork of this fascinating Florida artist.
Posted by Rick Kilby at 8:48 PM