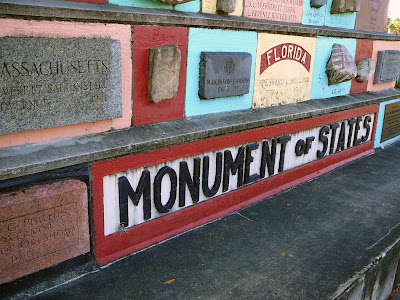 The sister attraction to the Walk of Fame at Rollins College is down I-4 in Osceola County. Near downtown Kissimmee, the Monument of States provides a colorful beacon for the former cow town. The plaque at the base of the monument says:
IN HONOR OF
DR. C.W. BRESSLER-PETTIS
PRESIDENT OF THE ALL STATES TOURIST CLUB
AND THE ORIGINATOR AND CO-FOUNDER OF THE
MONUMENT OF STATES
RoadsideAmerica.com, the definitive source on all quirky roadside stuff, says Bressler-Pettis wanted "a physical symbol of American unity in the dark days after World War II." So he contacted the FDR and all the states' governors and asked them to send send rocks to him in Florida. According to another plaque on the site, Bressler-Pettis was wealthy and flamboyant and drove a gold Cadillac with KissMe written on both sides. He's also a member of the Florida Shuffleboard Association Hall of Fame.

In 1943, he created the 30-ton monument using the rocks sent in by the states, rocks that he had collected on his own travels and a giant concrete globe with an American bald eagle on top. After the Doctor passed away the monument continued to grow as more stones continued to be added for 22 years total. 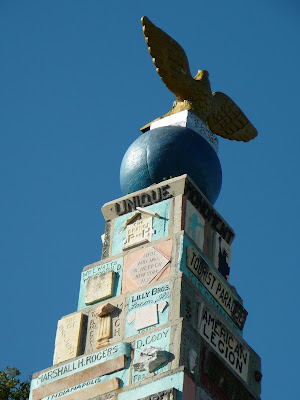 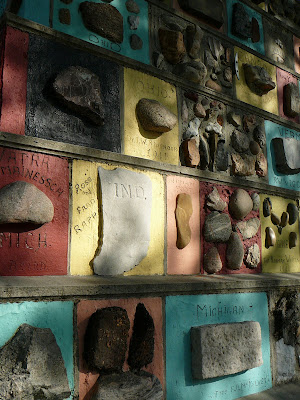 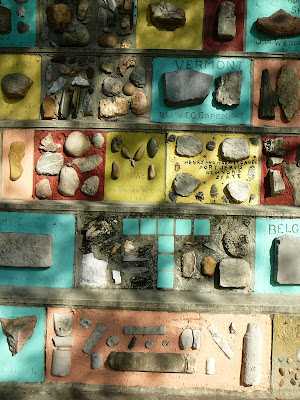 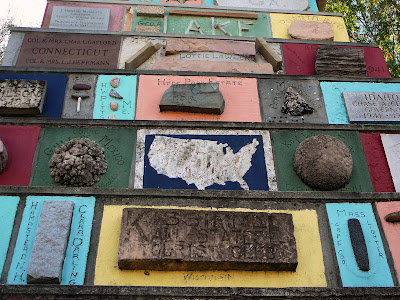 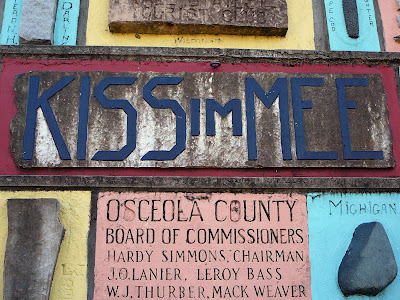 In addition to all 50 states, 20 foreign countries and organizations like the Grange are represented too. And among the over 1,500 rocks are meteorites, stalagmites, petrified wood, bones and even teeth. 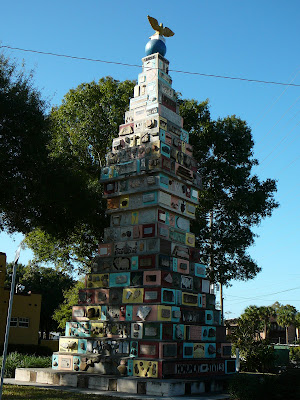 Today the 40 foot monument is almost lost behind some trees. Stuck between Kissimmee's quaint little downtown and Lake Toho, it's easy to miss. Once you start reading the individual stones, however, this monolith is mesmerizing, and it is well worth the stop.
Posted by Rick Kilby at 5:27 PM