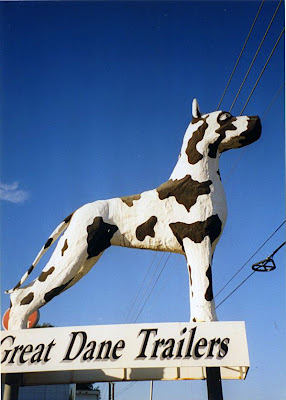 The amazing chronicler of all things roadside, Debra Jane Selzer has found two "lost" Florida roadside giants. First, the Great Dane statue that used to be located on the Orange Blossom Trail in Orlando has found a new home in Savannah, Georgia. I was always concerned that it was in dump somewhere, so I'm delighted to see it is still turning heads by the side of the road. 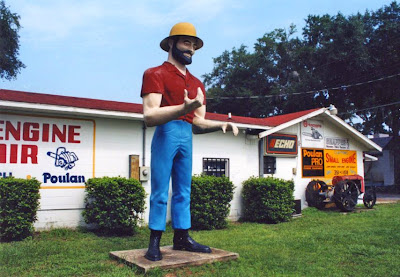 And the Muffler Man that used to be further north on 441 in Ocala is actually still a resident of the Sunshine State and has moved to Auto Air Muffler & Brake City in Tampa. And he's ready to get to work, now holding a giant wrench. According to Wikipedia, Muffler Men were designed as twenty foot tall promotional devices to hold mufflers in their hands. The fiberglass giants were mostly manufactured in California.
For more on Muffler Men and the many disguises they wear, consult the Muffler Men homepage on Roadside America. Here's even more on waymarking.com.

Here's some more Muffler men.
This one's in Largo: 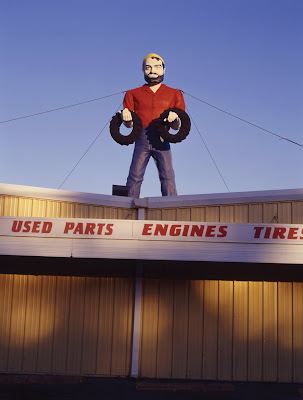 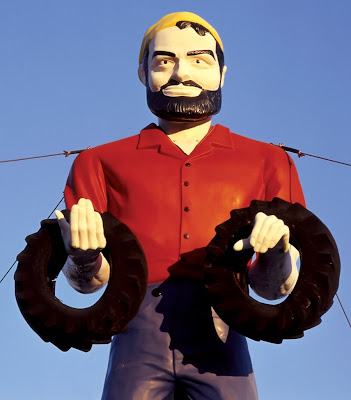 This one's in Dade City: 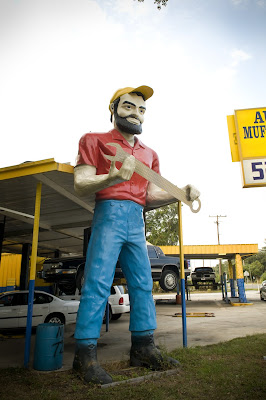 This one's in Arizona: 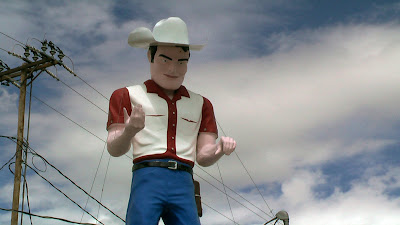 Be on the look-out for the Uniroyal Girl who used to reside on Hwy 50 in Winter Garden. Folks all across America are looking for her! 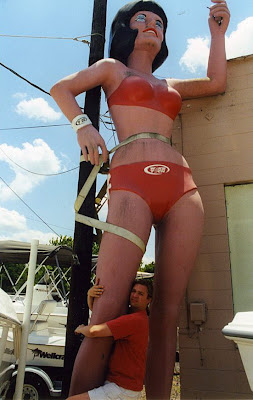 Largo and Dade City Muffler Man photos by Kilby Photo
Posted by Rick Kilby at 6:43 AM