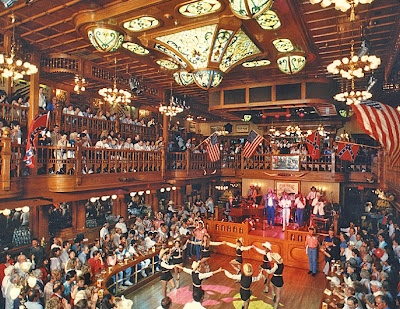 The Cheyenne Saloon and Opera House opened in the early 1980s at Church Street Station in Orlando, but it looked more like something out of the 1880s. When I worked at Church Street Station in the late 80s and early 90s, it was the most popular showroom in Orlando's most successful nighttime attraction. In addition to drawing nightly crowds to hear the Cheyenne Stampede perform, the Nashville Network filmed a television series with Country music's greatest stars from Garth Brooks to Tanya Tucker on its golden oak stage. My favorite event in the Cheyenne was a fundraiser for Florida Governor Lawton Chiles with the Allman Brothers as headliners. A little kid got up and played slide guitar with the band, the bass player's kid named Derek Trucks, who later became successful in his own right.
There was a restaurant on the second floor that had the best bbq sauce I've ever tasted. When I was in my vegetarian phase I would go to the Backyard BBQ every Friday and fill up on biscuits, cole slaw and BBQ sauce. They served a drink called the Gunslinger that had a garter around the glass with a little holster and cap gun in it. When I taught as an adjunct at Valencia Community College, I would fire the cap gun at anyone who came in late to let them know I was well aware of their tardiness.
I tried to pretend like I could two step because there were always lots of cute girls looking for partners, but really couldn't do much more than the Macarena. When I wasn't making a fool out of myself on the dance floor, I was up on the third floor at the back bar or playing blackjack with play money. I used to own bolo ties, western shirts and even a pair of boots.
After Church Street Station officially closed as an attraction, the Cheyenne sat empty and got moldy and dusty. Church Street's founder Bob Snow came in to rescue it and pumped a whole lot of money into it. He repaired all the rotten wood, fixed the roof, put in a new air conditioning unit and sound system and upgraded it to where it was almost nicer than it was when it originally opened (although I don't think Snow ever replaced that one-of-a-kind authentic gun collection.) 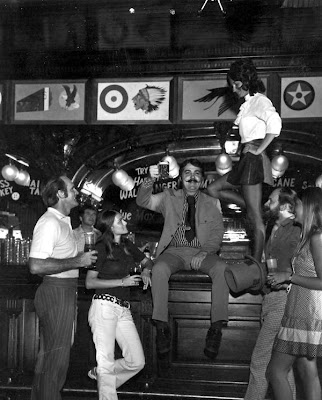 But times have changed and it's hard to draw tourists downtown for a single bar when there are dozens just as spectacular down on the the tourist side of town. Back in the day when we had Rosie O' Grady's and The Orchid Garden, plus Lili Marlene's restaurant and a decent sized sales and marketing team, it was easier to draw folks downtown. So the Cheyenne will close again this Saturday. Let's hope it doesn't fall into decay again and that this closing will only be for a short time. I'm hoping that this magnificent structure still has some good memories left in it. 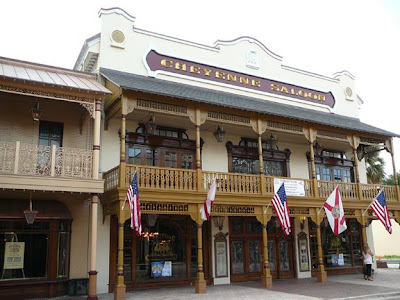 Photo of Bob Snow from State Archives of Florida
Posted by Rick Kilby at 8:04 PM