Treasures of the Tides 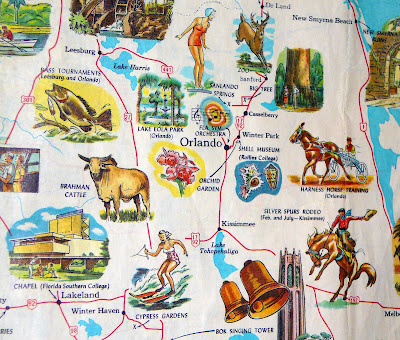 Imagine an attraction located on an urban college campus, that was a whopping thirty cents to enter and featured "lowly animals known as mollusks." Such a place existed right down the road from Disney and the mega theme parks up until the late '80s in Winter Park. This site came on my radar on another inspection of my 1955 map of Florida attractions. In the middle of Central Florida, above the Singing Tower and below the Big Tree, was something marked "Shell Museum (Rollins College)." Rollins College, nicknamed the "Harvard of the South", is located just beyond downtown Orlando. Sure enough, the Beal-Maltbie Shell Museum building still stands on Holt Avenue. I've driven by it many times, and never known it was there. Built in 1940, the museum was built by Dr. Birdsey Maltbie to house the extensive shell collection of his friend Dr. James H. Beal. 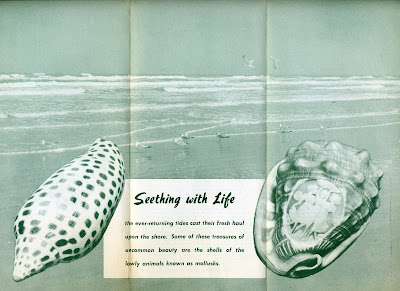 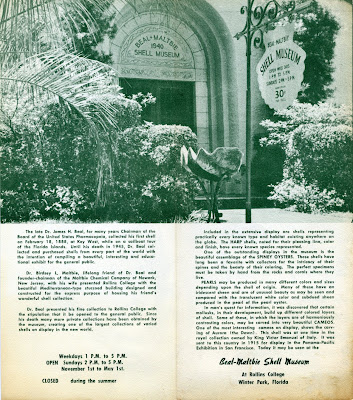 A New York Times article from 1986 still lists the museum as a great place to visit in Central Florida but from what I can tell, the collection was donated to the Florida State Museum of Natural History in Gainesville sometime soon afterwards. Today the building houses the school's Environmental Studies Department. 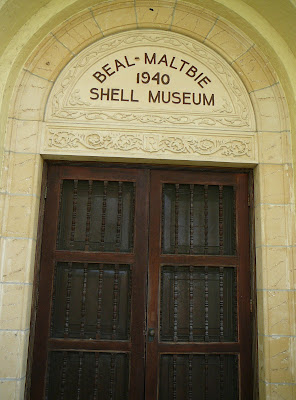 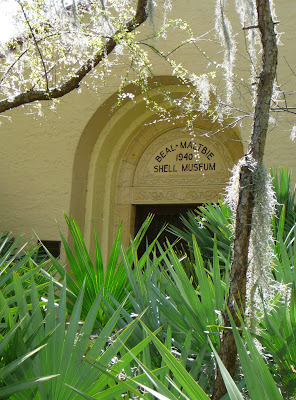 My Mother-in-law remembers visting as a child and in particular the iconic giant clam shell. A google search brings up many postcards of small children sitting in the enormous mollusk. Later a water fountain was added to the inside of the shell. The premier artifact seemed to have been a carved cameo featuring Aurora (the dawn) formerly owned by King Victor Emanuel of Italy. The inside of the museum's brochure reads: "Seething with life the ever-changing tides cast their fresh haul upon the shore. Some of these treasures of uncommon beauty are the shells of the lowly animals known as mollusks." It's a shame the museum is no longer open. It makes me wonder how many odd little attractions are still out there, treasures of the tides just waiting to be uncovered. 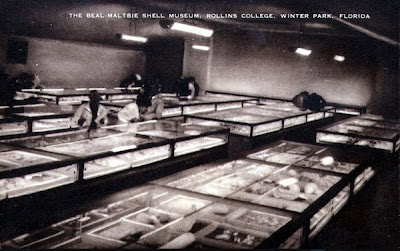 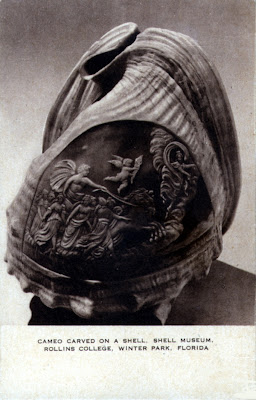 Postcard images from the State Archives of Florida
Posted by Rick Kilby at 7:33 PM