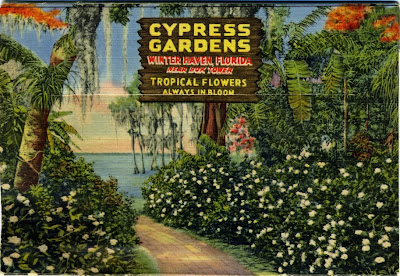 The grand-daddy of all Florida roadside attractions will re-open March 28th after making some tweaks. Cypress Gardens, originally opened in 1936, added rides and a water park in its latest incarnation. The new management group, however, plans to beef-up the water park but eliminate the rides, according to an article in today's Sentinel. They also plan to highlight their namesake botanical gardens and eliminate the zoo.

Cypress Gardens began when the children of Dick Pope put on a spur-of-the-moment ski show for some visiting WWII GIs on Lake Eloise, according to Tim Hollis, author of Selling the Sunshine State. Pope virtually wrote the book on theme park promotion and the images of the Southern Belle and the pyramid of water-skiers are now Florida icons. It will nice to have the Gardens back in the mix of vintage attractions once again. 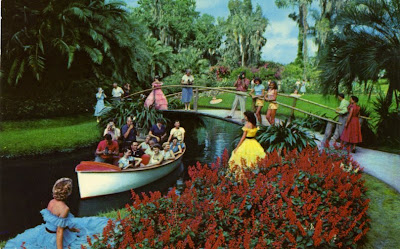 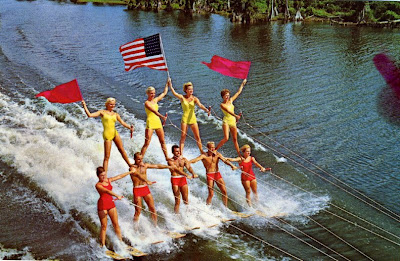