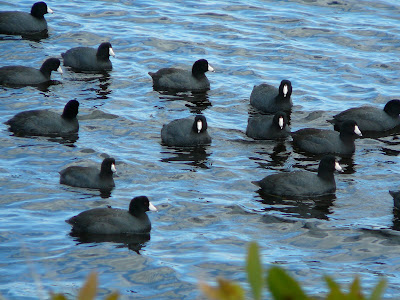 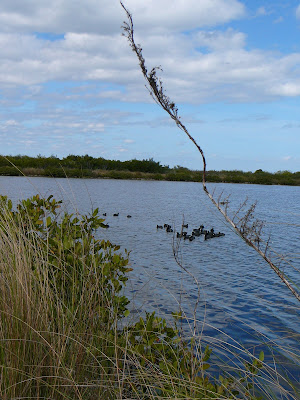 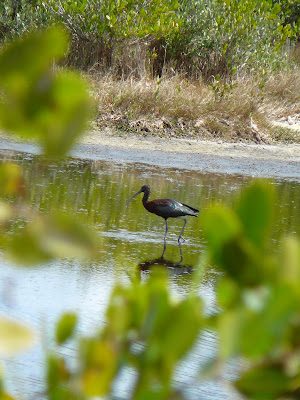 It could be argued that the best attractions in Florida are the free ones. If so, there are few better than Merritt Island National Wildlife Refuge on a beautiful winter day. Winter is best because the refuge harbors so many species of migratory birds. The 140,000 acre refuge, close enough to the Kennedy Space Center to see the Vehicle Assembly building in the distance, contains 15 threatened or endangered species and more than 500 species of wildlife. The land was purchased in 1962 to be part of KSC, but in 1963 it was turned over to the Fish and Wildlife Service to establish as a wildlife refuge.

We were almost to the end of the refuge, enjoying a good view of a beautiful Reddish Egret and hunger was calling. As we approached the exit road we saw a large flock of Spoonbills circling in the air, their bright pink and red wings unmistakable against the bright blue sky. We watched as they landed in a body of water close to where we were headed and we raced to meet them. And they are everything Joy Postle marveled about. Their odd beaks shovel the muddy bottom as they forage for food while the intensity of their plumage rivals anything else in the animal kingdom. While they are beautiful on the ground, their color is most vivid as they take to the air and the sun illuminates their feathers. Truly amazing, glamorous birds! 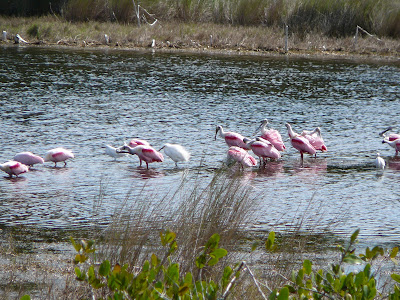