McKee and Sexton, a perfect match 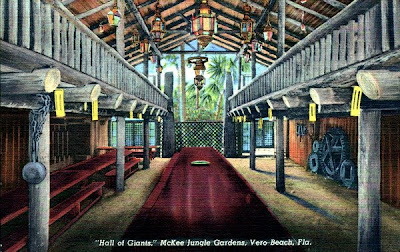 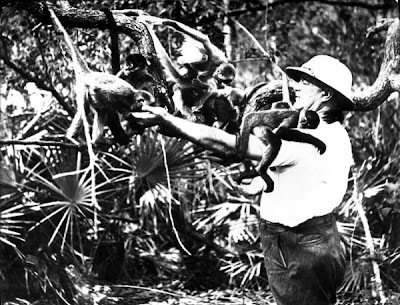 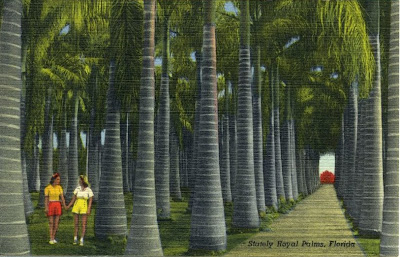 Valentine's Day is squished between my wife's birthday and our anniversary, so it always sneaks up on me. This year we have agreed to downplay Valentine's Day and focus on our anniversary in April. Last year we started what I hope will become a tradition of going away for the weekend of our anniversary. Our inaugural trip was to Vero Beach because we wanted to visit McKee Botanical Gardens.
Formerly McKee Jungle Gardens, a roadside attraction on US 1, the new botanical gardens only re-opened in 2001. In 1976 after almost 50 years in operation, the Jungle Gardens closed and much of the property became condos. Originally opened in 1929 by Arthur McKee and Waldo Sexton, the Jungle Gardens offered an amazing array of tropical plants, exotic birds and wildlife and some unique architecture. The Hall of Giants, holding the world's largest table made out of a single piece of wood (mahagony), was the creation of Waldo Sexton. Sexton collected objects from all over; bells, tile, wrought iron, cannons and reinterpreted them into his own funky architectural style. His Hall of Giants still stands proudly in the Gardens as does several other structures he designed in Vero including the Ocean Grill and Driftwood Motel. Seeing these structures alone is worth a trip to Vero. 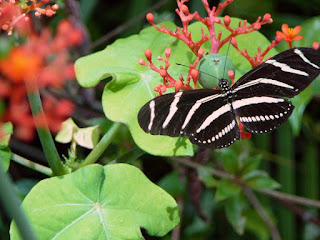 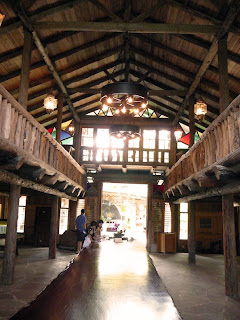 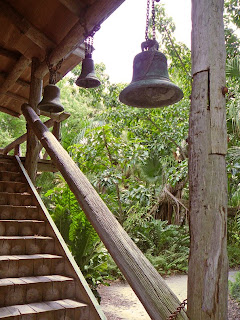 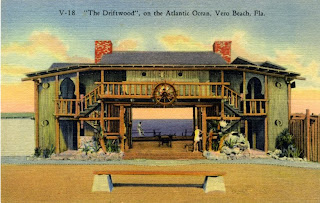